Afghanistan, officially the Islamic Emirates of Afghanistan, is the 37th most populous country in the world. It has an area of 652,230 sq km. It is a landlocked country in South Asia. Its capital and largest city is Kabul. Pashto and Dari are its official languages. The Afghani (AFN) is the currency of Afghanistan. The native or inhabitants of this country are called Afghan or Afghanistani.

It has six bordering countries that include Tajikistan, Turkmenistan, Uzbekistan, Iran, Pakistan, and China. Afghanistan is famous for its pomegranates in Asia. Let’s explore more about this war-torn country with some interesting facts.

1. Kabul, the capital of Afghanistan, is its largest city.

Afghanistan on the map

3. The people of Afghanistan are called Afghans and their currency is Afghanis. Most of the time, people get confused between the use of these two terms.

4. Agriculture is the main source of income for Afghans. Afghanistan is also rich in natural resources like natural gas and oil.

5. “Buzkashi” is Afghanistan’s national game. Players in two teams try to catch a goat while riding a horse. This game is being played for centuries and is a tough sport. 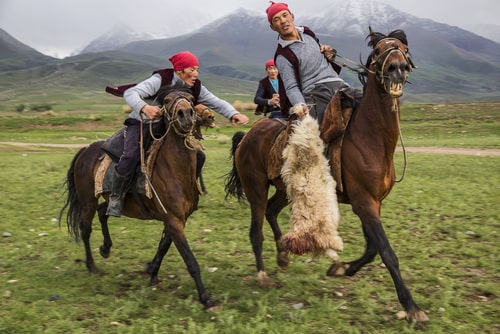 6. Afghanistan became independent on August 19, 1919. They fought three wars with Britain after which they declared themselves independent. They were not directly ruled by the British but their foreign affairs were influenced by the United Kingdom.

7. Afghanistan has been in news more than any country in the last decade.

8. New Year is celebrated by Afghans on 21st March. They call it “Nawroz”. It is a pre-Islamic festival which is celebrated by a gathering of thousands of travelers from across Afghanistan to the city of Mazar-e-Sharif. There is a mosque in the center of the city. It is known as the Blue Mosque or ‘the Shrine of Hazrat Ali’ the cousin and son-in-law of the Islamic prophet Muhammad (P.B.U.H).

10. They celebrate poetry night on Thursdays in the western city of Herat. People of all age groups gather there to share modern and ancient verses of poetry and indulge in some nice food along with some sweet tea.

11. Alexander the Great captured the city of Herat in 330BC and built its ancient citadel. Alexander had a son with a beautiful woman from the province of Balkh in Afghanistan.

13. Kandahar airfield was once the busiest single-runway airstrip in the world when it handled 1,700 to 5,000 flights a week. Here NATO installed its first complete air traffic capability in a non-NATO country.

14. World’s largest Buddhas (two of these) were first built in Afghanistan. These statues were destroyed by the Taliban in 2001.

15. The world’s first oil paintings were drawn in the caves of “Bamiyan” around 650BC.

16. There is only one Jewish person living in Afghanistan. His name is Zablon Simintov and he is a restaurateur and an Afghan carpet trader. He was born in 1959.

17. One not so good fact about Afghanistan is that it is the world’s largest supplier of opium.

18. Afghanistan has been a war-torn country for decades and has been under the military influence of many powers including Soviet, British, Mongols, Muslim Arabs, Mauryas, Alexandra the Great, and western powers.

19. Afghanistan is estimated to be inhabited by humans at least 50,000 years ago.

20. Arab Muslims spread the religion of Islam in Afghanistan in 642 CE in Herat and Zarang. They recognized Afghanistan as Al Hind (due to Afghanistan’s proximity to India.)

21. Buddhism and Zoroastrianism were dominant religions in Afghanistan before the introduction of Islam.

22. Genghis Khan and his Mongol army spread rapidly in Afghanistan in 1219 AD.

Read: some key facts about Mongolia and Genghis Khan

23. Ahmad Shah Durrani, also known as “the Father of the Nation”, is the founder of the last Afghan empire. He was crowned in 1747. He consolidated the country from principalities and fragmented provinces into one kingdom.

24. After the death of Ahmad Shah Durrani in 1772, his son, Timur Shah succeeded him.

25. In 1776, Timur Shah transferred the capital of Afghanistan from Kandahar to Kabul.

26. A civil war took place in the country between 1992 and 1996, and it is estimated that at least 50,000 people died in the country in mujahidin infightings during the civil war.

27. The Taliban (a Sunni Islamic fundamentalist political movement in Afghanistan) also ruled the country for almost 5 years between 1996 and 2001. The Taliban have retaken control of Afghanistan nearly two decades after they were driven out of its capital by US troops.

29. After the September 2001 attack on the United States allegedly carried by the Osama Bin Laden’s Al Qaeda forces, a U.S and U.K coalition launched a military attack on the major cities of Afghanistan including Kabul, against the Taliban regime.

30. The term Afghanistan translates to “the land of Afghans”.

31. Afghanistan is also the land of many historical sites. And it is the 37th most populous country in the world.

32. Afghanistan’s location on the silk route gave it various economic and cultural advantages.

33. Afghanistan is considered as the place of origin of the religion Zoroastrianism.

35. Dari (Persian), the other official language was always used for government and business purposes.

37. Today, as Islam is a dominant religion in Afghanistan, the culture is heavily influenced by the religion of peace and monotheism.

38. In Afghanistan, most of the shops and businesses are closed on Friday, which is the Islamic holy day.

39. The legal, political, economic and personal lives of the Afghans is governed by Islamic laws.

40. Fasting and praying during the month of Ramadan is a mandatory act except for a few such as foreigners, and those who are sick, traveling or having some other issues.

41. The family is an important aspect of Afghanistan’s culture. Men are laden with the responsibility to earn while women are expected to stay home and serve the family. However, in modern Afghanistan, you may also find some women working in the cities and earning a living for themselves and their families.

42. In most of the cases, the family lives together in the same house. Upon marriage, the son and his wife live separately in a different room in the house under the same roof.

43. Hospitality plays a significant role in the country’s culture and tradition. The visitors are treated with the utmost respect and are offered the best that the household has.

44. Women are highly respected in society and are not expected to mix with the members of the opposite sex, except out of marriage or direct family relations.

45. Women are also expected to wear clothes that honor their modesty and are not revealing. Tight clothes and western dresses are not much welcomed in society, at least in rural areas. Headscarves for women are advisable.

46. Direct eye contact between men and women is not considered acceptable and must be avoided. 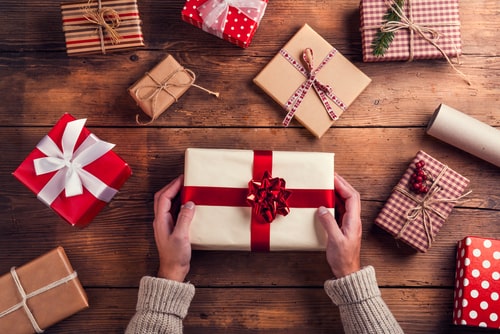 47. Gifts are a means of strengthening the relationship between a visitor and his/her host. The visitors can carry a small gift for the host when invited for tea or food.

48. Afghanistan is a multicultural and multi-ethnic country.

49. In the past few years, an estimated 2.6 million Afghans left their home country and sought refuge in others. 50. A handshake is the most usual form of greeting in Afghanistan’s culture. Some people also place their hand on their heart and nod slightly to show respect and approval to the other party. However, shaking hands between the members of the opposite sex is not usual and is avoided.

52. The host does their best to serve the best possible food, and special attention is paid to fill the visitor’s plate when it is empty.

53. While consuming food, it is also a norm to sit in a respectable position and not with your feet facing people or your legs outstretched.