52. About one-quarter of worlds cars are in America.

53. Did you know that some of the cars by Japanese car makers built overseas are exported back to Japan?

Insurance, they all need it!

55. Did you know that the Rolls Royce HP-15 is one of the rarest cars on the planet? Wondering why? Learn that a total of 6 of these cars were made. Only one of these cars is still available in the world. And it is estimated worth is $35 million. The car had 3 cylinders and a top speed of 39 miles per hour.

56. Leonardo da Vinci invented the first car in 1478 on paper. In 2004, a replica of the car was crafted and was kept in the Institute and Museum of the history of Science in Florence, Italy.

A law in Wisconsin

58. In 1962, the use of seat belt became a law in Wisconsin. Seat belts save one life every six minutes.

The most accident prone car

61. According to the cars.com, the Ferrari 458 Spider, 563 is the most accident-prone car in the world. And the least accident prone-vehicle according to the website is the Ford F-150 SuperCrew, 42.

The longest car in the world

63. The title for the longest car in the world is taken by a custom-built limousine by California car guru Jay Ohrberg. The car is 100 meters long and is recorded by the Guinness World Records as the longest car ever built in the world. Surprisingly, the car has a swimming pool and a helicopter pad as well.

64. Tata Nano, manufactured by the Indian automotive giant Tata Motors, is the world’s cheapest car. It is a rear wheel drive car and can run at a top speed of 105 km per hour.

65. Cars were a horseless carriage when they were built for the first time in 1895.

66. Did you know that an average American car contains 55 pounds of copper wiring? And an electric car can have three times this amount of copper in them.

Other interesting facts about cars

67. Interestingly, more than a 100 million lines of code is used to program the computer system used in a Bentley Bentayga.

69. Toyota, Mercedes-Benz, BMW, Honda, and Ford are among the world’s most valued car brands. 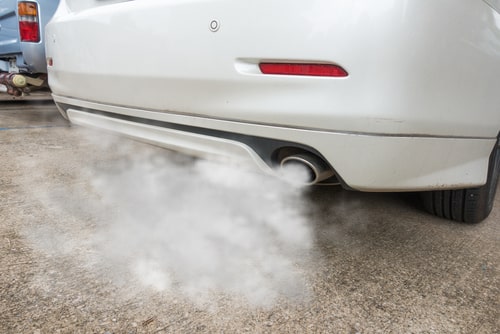 70. According to the EPA, in the U.S., 75% of Carbon Monoxide emissions come from automobiles.

71. Dubai has the world’s fastest police car (certified by Guinness World Records). It is a Bugatti Veyron — just one of its 14-strong fleet of super cars. The car uses a 16-cylinder engine which produces 1,000 horsepower. The car has a staggering top speed of 253 mph (407 km/h) and the ability to climb from 0 to 60 mph in just two and a half seconds.

73. According to the data analyzed by the U.S. Department of Transportation, crashes involving male drivers often are more severe than those involving female drivers. And many more men than women die each year in motor vehicle crashes.

74. Disputes with fixed objects and noncollisions accounted for only 18 percent of all crashes, but they accounted for 45 percent of fatal crashes (2010). Learn more stats from the National Highway Transport Safety Administration.

75. Did you ever wonder how the names of some of the Volkswagen cars were coined? The company uses the various types of winds for the purpose. For example, the Jetta means “jet stream”, the Passat means “trade winds”, and the Polo means “Polar Winds.”

76. According to the Insurance Institute for Highway Safety (IIHS), drivers ages 16-19 are three times more likely to crash than drivers over 20.

78. Did you know that Ferrari makes just 14 cars a day and that the automotive giant Toyota makes 13,000 units every day?

79. According to a source, the world’s first non-fatal automobile accident happened with James Lambert while he was driving in his single-cylinder gasoline automobile, in 1891 in Ohio City, Ohio. The injuries, however, were minor.

80. According to a source, Hong Kong has more Rolls-Royce cars per capita than any other country in the world.

81. Carjacking in South Africa is very common. Hence, BMW cars are fitted with flamethrowers on the side to avert the theft.

82. In Japan, there are different stickers which are used on the cars to identify the driving capabilities and experience of a car’s driver. These stickers help other car drivers to be a little more patient when driving around such cars.

83. The automobile is the world’s most recycled product. Interesting isn’t it!

84. Interestingly, higher speed limits or no speed limit does not have any correlation to people driving faster.

85. If a car remote’s button is pressed 256 times consecutively when the car is out of range, the remote will become dysfunctional as it will lose its sync with the car.

86. There is a small triangle icon next to the fuel icon on the dashboard of a car. This little triangular icon helps identify the side on which the gas door is. In older cars, this icon may not be present but it is available in most of the new generation cars.

87. The world’s first ever speeding ticket was received by Walter Arnold when he was driving at four times the allowed speed – 2 miles per hour. This happened on January 28th, 1896 in Paddock Wood, Kent in England.

90. The world’s lowest street-legal car at just 19 inches high was built by Perry Watkins of Buckinghamshire, England. The flatmobile has a ground clearance of just 2 inches.

91. J Frank Duryea and Charles E Duryea are credited as being the first gasoline-powered commercial car manufacturers in the United States.

92. The British traffic police carry teddy bears among their equipment to comfort children after a road mishap.

93. The late M. Allen Swift of West Hartford, Connecticut, owned the 1928 Phantom I, S273 FP for 77 years. The car was gifted to him by his father on his 26th birthday. M. Allen Swift is credited with owning his 1928 Rolls-Royce longer than any other Rolls owner.

95. The first Japanese car sold in the U.K was a Daihatsu Compagno.

97. According to a source, London is the most expensive city in the world to park a car.

98. It is illegal to slam a car door in Switzerland after 10 PM. This law is just about not disturbing other people from the sound of the cars door closing.

Interesting facts about car brands and their famous logos

99. Did you know the meaning behind some of the famous car logos? Let’s consider Toyota’s logo for example. The company’s logo has three overlapping ovals. The inner two ovals form a stylized T and a steering wheel. The outer most oval represents the world embracing Toyota.

100. Can you figure out the name of the automobile company that has four overlapping rings? You guessed it right, it is Audi. The company’s logo has a set of four overlapping rings that depict the four companies the names of the four original companies that Audi is formed from. Earlier they used to have the name of the individual company’s name in the ring but that has disappeared in the last few years.

101. The iconic three-pointed star of Mercedes-Benz is a representation of the company’s dominance in three places: the sea, air, and land.

102. Another impressive car logo which has drooled the hearts of millions of people globally is the Ferrari logo. The horse emblem with a bright yellow color in the background came to existence when Enzo Ferrari was asked to paint a prancing horse on his vehicles to honor fighter pilot and World War I hero Count Francesco Barraca, who painted a similar horse on his plane.