France, officially the French Republic, is a sovereign state located in Western Europe. It has an area of 643,801 square km. It has several overseas regions and territories also. Paris is its capital and largest city. French is its official language. Its official currency is Euro (€) (EUR). Its eight bordering countries are Andorra, Belgium, Germany, Italy, Luxembourg, Monaco (a principality), Spain, and Switzerland.

1. Now for certain you did not know this. All over the world, cities are riddled with dozens of road signs and among them is the stop sign. But did you know that the city of Paris had only one stop sign? And now that also ceases to exist. 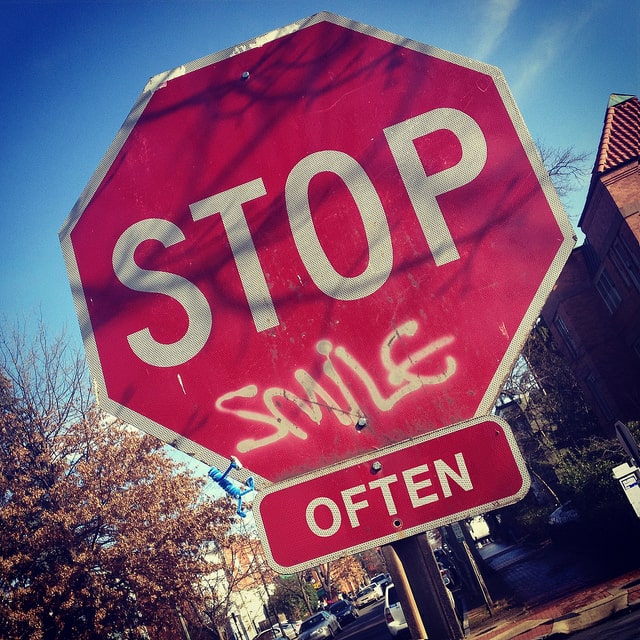 2. For many people, the thought of even staying in the same room with a dead body is pure torture. But in France, you are legally allowed to marry a dead person. Truly whoever said love never dies was not wrong.

3. When you give birth to a child, it is your natural and legal responsibility to take care of it. You do not need to be rewarded for that. But in France, parents who successfully raise several children with dignity are awarded the Medal of the French Family (La Médaille de La Famille Française) by the government.

4. We all know that France’s capital, Paris is the globally renowned city of love. Well, what you did not know but you probably guessed is that a study conducted by the Durex in 2003 found out that French people have the most sex in a year.

5. Did you know that there is a small town in the Savoie region of France named Pussy? Anyway, maybe it was called so because of a high population of cats in the area. You will never know.

6. It is a well-known fact that so many people have perished because of love. With so much love in the air, the same must be true in France. Studies have revealed that France is one of the world’s most depressed country.

7. When a king receives the reign of power, it is expected that he will serve for a very long time. But did you know that one of the shortest reigns for a king was in France? If you did not know then King Louis XIX’s reign as the leader of France lasted for only 20 minutes.

8. Sports and games for most people are just a means of entertainment. Too many rules kill the fun in many things. For this reason, nobody would want a game that has too many rules. But in France, there is a traditional ball game called boules that has a 70-page long rule book.

9. The luckiest person in history could easily be one of France’s former presidents. President Charles de Gaulle has gone down in history to be the person who has survived the most assassination attempts in the world. President Gaulle survived 32 attempts on his life earning himself a place in the Guinness Book of World Records.

11. An interesting fact about France tells us that all roads in the country have a point where they all start. This point is named Point Zero, and it is marked by a bronze star that is set on the pavement near the Notre Dame Cathedral’s main entrance in Paris.

13. France is the largest country (by surface area) in the European Union and Malta the smallest. It comprises almost 1/5th of the total EU area.

14. It would be interesting for kids to note that France resembles the shape of a hexagon. Hence, it is also known as ‘the hexagon.’

France on the map

15. There are more than five million people of Arab and African descent living in France. In the past, France was a colony where people from various regions from across the world came and settled.

16. France is the most-visited country in the world. France welcomed 90 million foreign tourists in 2019. And the French are expecting to increase the annual figure to 100 million by the end of 2030.

17. After Germany, France has the second-largest population of EU nations. And 85% of its population lives in urban areas.

18. However, other languages and dialects are also popular in France; French is the official and first language of 88% of its population.

19. Italy is to the west of France. There are a million Italian-speaking people in France, most of whom live close to the Italian border.

20. Did you know that the longest confirmed human lifespan on record belongs to a French woman, Jeanne Calment, who lived for 122 years and 164 days? Calment was born on February 21st, 1875, and died on August 4th, 1997. Interestingly, she outlived both her daughter and grandson by several decades.

21. Electric cars are quite popular in France. With Germany and Norway, France accounted for about 63% of BEV registrations (in the EU-27 and non-EU EEA countries).

22. The parachute, the hot air balloon, the motion picture camera, the bicycle and inflatable tires for cars are all French inventions. The French are obviously very intelligent people!

23. Marie Curie, Blaise Pascal, Pierre Curie and Joseph Fourier are some of the famous scientists from France. (Read some interesting facts about Albert Einstein, Henry Ford and Isaac Newton)

24. In France, it is customary to greet others and say ‘Hello’ and ‘good morning or afternoon,’ depending on the time of the day. It is all about being polite.

25. The French love polite people. This is the reason why a coffee shop in France sells cheap coffee to those of its customers who greet and say ‘bonjour’ before ordering their favorite coffee.

26. The license plates that we see today on automobiles were first introduced in France.

28. France is one of the largest producers of wine in the world. They produce between 7-8 billion bottles every year. Many of these wines are sold internationally at hefty prices, while the rest are consumed locally in the country.

29. Condom vending machines can be found in almost 90% of the high schools in France.

30. There are 12 time zones in use in France. This is the highest number among any nation in the world (the United States and Russia have 11 time zones each.)

32. French people appreciate if you greet them in French.

33. Until 2012, wearing trousers for women in France was illegal.

34. More people in Africa speak French than people in France (the Democratic Republic of the Congo has the largest concentration of French speakers in all of Africa.)

35. In France, it is mandatory to secure permission from the government as well as other retailers to open a store that is more than 300 square meters in area.

36. The French are among those who sleep the most in the developed world. On average, they sleep more than 8 hours per day. The Netherland tops the list closely followed by New Zealand.

37. There are more than 1,500 bike stations in Paris. You can rent a bike from any of these stations at a cost of one Euro for one day, and return the bike at any other station.

38. The French begin their new year in September (physiologically speaking). It is called “la rentrée.” At this time, many things happen in France: kids start school, businesses receive their tax bills, etc. The French are always in a mood for celebrations and vacations.

39. More than Fourteen percent of the population of Paris consists of non-nationals.

40. If you were in France long term, it is highly likely that you would get absorbed in their culture and would want to abandon your nationality and culture for theirs.

41. Currently, traditional French cooking is on the decline in France. The majority of the restaurants in France serve prepared meals instead of fresh cuisine.

42. Paris is home to many of the world’s most famous art pieces including the Mona Lisa and Venus de Milo. These works of art can be seen in the Louvre Museum, which is among the world’s largest museums.

43. Champagne, a sparkling wine, is only produced in a specific “Champagne region” of France. Wine produced in any other region would not be called Champagne.

44. The Eiffel Tower is named after its engineer, ‘Gustave Eiffel.’ It is one of the most recognized structures in the world, even though its construction was criticized by some of France’s leading artists and intellectuals.

45. It is painted every seven years, taking five tons of paint to complete the job each time.

46. The Eiffel Tower is the most-visited paid monument in the world. It was erected in 1889.

47. It is as high as an 81-story building. The tower was the tallest man-made structure in the world for almost 41 years until the erection of the Chrysler Building in New York City in 1930.

48. Ten thousand African slaves were freed after the French Revolution.

49. The world’s first true department store was opened in Paris in 1838.

50. French people are quite passionate about their food. Before eating a meal, it is considered polite to say ‘Bon Appetit.’ This literally means “good appetite” to everyone who is eating along with you.

. . . continue reading facts about France on the next page