Kansas is the 35th most populous and the 15th most extensive of the 50 states of the United States. It lies in the Midwestern United States. The state attained statehood on January 29, 1861, becoming the 34th state to join the union. Its four bordering states are Colorado, Missouri, Nebraska, and Oklahoma. Here is the complete list of the 50 states and their borders. Kansas (nicknamed: Bleeding Kansas, Jayhawks State, Sunflower State, and Wheat State) has 105 counties. The state’s capital is Topeka. The postal abbreviation for Kansas is KS. With these 56 interesting facts about Kansas, let us learn about its history, people, culture, geography, economy and much more.

Newcomers to the state frequently speak of feeling overwhelmed by the friendliness of Kansans. Everyone seems to be filled with profound Kansas pride and prepared to display it through homegrown hospitality.

Built in 1939, the Rock Island Railroad bridge is located North of Arkalon. It has been dubbed, the “Sampson of the Cimarron.” It is perhaps the longest known railroad bridge and spans more than 1200 feet across the Cimarron River. It towers approximately 114 feet above the river.

Kansas on the map

Within the United States, The Hugoton Gas Field is the biggest natural gas field. It is approximately 8500 square miles, which is almost 5 times the size of Rhode Island.

Located in Greensburg, The Big Well is known as the largest hand-dug well in the world. In 1987, workers dug the well using hand tools and the end result is a well 32 feet in diameter and 109 feet deep.

Standing in a particular spot in White Cloud, you will be able to view the panoramic scenes of the Missouri River valley. You will also be able to simultaneously see four states, namely Iowa, Nebraska, Missouri and Kansas, without even taking a step.

6. Birthplace of the Icee Drink

Omar Knedik, owner of the Coffeyville Dairy Queen, made the first Icee drink in the 1960s.  It was such a hit that Knedik had a particular machine developed to serve the Icee.

Early in the 1900s, a newly-dug well begun emitting gas. Two University of Kansas professors determined that it was helium. This was an uplifting discovery for Kansas.

The first ever Payless Shoe Store was in Topeka. Established in 1956, Payless begun selling quality shoes at an affordable value price.

9. The Center of America

While driving on Highway 281, just a few miles to the northwest of Lebanon you will be able to see a Historical Marker (a limestone shaft and a flag) that declares that you are in the center of the United States. The geographic center of Kansas is in Barton County.

Cawker City officials have on display the biggest ball of Sisal twine. In 1953, Frank Stoeber, a local farmer, started creating his Sisal twine. To this day, locals and visitors alike continue working on the twine.

This is one of the most interesting facts about Kansas. In 1958 in the city of Wichita, two brothers opened the first Pizza Hut. They were attending college and wanted somewhere to eat good pizza. The chain now has more than 13,000 locations globally.

The Garden of Eden is located in Lucas and is characterized in more than 100 tons of concrete. S.P. Dinsmoor, a Civil War veteran, constructed his version between the 1900s and the 1930s. It is a remarkable homage, complete with concrete trees ranging between 30 and 40 feet. 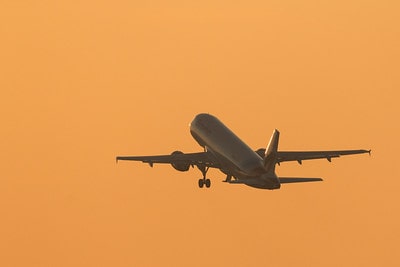 In 1909 in Goodland, Charles A. Wilson and William J. Purvis co-invented the first helicopter that received a patent. They received donations and used $30,000 to start Goodland Aviation.

The graham cracker got its name from Reverend Sylvester Graham, a Minister of Religion.  He was a firm believer in consuming products made from whole-wheat flour.

The Red Light Bordello located in Dodge City is responsible for the term “red light district.”  The front door was made from red glass and emitted a red glow at night when lit.

Hutchinson is the home to possibly the longest grain elevators across the globe. Built in 1961, it is approximately 2600 feet in length.

In 1874, The First United Methodist Church in Hutchinson was constructed during the period of the grasshopper plagues. Therefore, thousands of those insects form a part of the foundation.

The Arkansas River could possibly be the only river with a change in pronunciation as it goes over state lines. It is known as the “ahr-KAN-zuhs” in Kansas and in Oklahoma and Colorado, it is known as the “Arkansaw.”

Goodland has the largest easel in the world. This 40,000 pound, 80 foot steel easel is home to a massive replica of the “Sunflower” painting by Vincent Van Gough.

With more than 60 tornadoes each year, Kansas is ranked second nationally. Very serious storms have happened in this region of the country and there is a history of record-breaking storms that have wiped out entire cities. Kansas is also home to Dodge City, the windiest city in America.

Verruckt is the name of the waterslide, which literally means “insane” in German language. Found in the Schlitterbahn Waterpark, it has 264 steps leading to the top and is the world’s tallest waterslide.

Kansas is ranked among the most patriotic states in the U.S. Therefore, it should come as no surprise that Emporia, Kansas was the venue for the first Veteran’s Day celebrations.  Kansas is home to the Army’s Fort Leavenworth and Fort Riley and McConnell AFB that belongs to the Air Force. Tens of thousands of active members of the military are in the state. 26. Flatter Than a Pancake

Some of you would be amazed to learn this fact about Kansas. The rumors are true whether you believe them or not. Legitimate scientific research has proven that Kansas is actually flatter than pancakes, the favorite breakfast treat of many.

A close look at a pancake will reveal that it is not totally flat and the same is true for Kansas. Smoky Hills, Flint Hills and a few other places inject a bit of texture into the state and they are absolutely worth checking out.

28. Prepared For Every Type of Weather

When a tornado warning is not in effect, residents brace for anything between hail stones bigger than their fists and scorching heat along with high humidity. The weather can quickly change and Kansans know to be ready for the worst.

Kansans are well aware the “Wizard of Oz” movie was set in their state. They have already heard all the jokes and they are mostly used to the movie being the first topic of conversation. There is a remarkable museum in Wamego for those who need a “Wizard of Oz” fix.

The Sunflower State has a ton of farmland and a few years ago, the state produced adequate wheat to bake six loaves for each individual earth, approximately 33 billion loaves. Residing there for a few months, anybody will easily see why the state song “Home on the Range” is believed to perfectly describe the state.

A recent survey revealed that 86 percent of Kansans identify as Christians. This should come as no surprise since the bottom half of the state forms a part of the “Bible Belt.”

During the NFL season, the majority of Kansans back their neighbor, the Kansas City Chiefs. They are aware that they are technically rooting for a Missouri team; however, Kansas is a part of the name. The Kansas City Royals are treated the same.

33. Wichita is the Place to Be

Wichita is the largest city in Kansas and it is renowned for being the best location to go for a variety of performances and festivals. The Flight Festival is referred to as the “Air Capital of the World” and it is something to behold.

In a number of lists that feature the top sunset locations across the world, the sunset that radiates from the Flint Hills is seemingly always in the top five. It is the best location in the country to watch the sun as it takes its final bow for the day. Each time certain Kansans experience the beauty of a spectacular, it reminds them why they could not leave this beautiful state to live elsewhere.

The state has two primary nicknames, “the sunflower state” and “the wheat state.” The former stems from the abundance of the yellow flower painting located across the plains of the state. These flowers have been the ultimate fashion accessory and an essential source of vegetable oil over the years.

Kansas is the largest producers of wheat in the country. Just about one-fifth of the wheat grown in the U.S. comes from Kansas. It has been stated that enough wheat is produced to feed everyone across the globe for roughly two weeks.

Approximately 90 percent of rural towns have under 3000 residents and throughout the state, there are several thousand ghost towns. Locals know the importance of filling up with gas before going for a long drive to the west. This is because it might be quite a while before they see a working gas station.

38. There are Essentially Two Kansas Cities

The majority of Kansas City is actually located in Missouri, except for a few suburbs like Overland Park and Olathe. However, to get to the heart of the town, you will need to cross state lines because the Missouri side has breathtaking skylines.

Directly from well-known lyrics of the state song, Kansans are not surprised if a few buffalos are seen running its plains. After all, the state animal is the American buffalo, which can weigh over 1800 pounds and grow more than 6 feet tall.

The entire state is obsessed with Kansas City-style barbecue. This style is special because of how it is slow smoked over various woods before being typically topped with a thick molasses tomato and based sauce.

Numerous Native American tribes once called Kansas home. They settled in the area way before 1541, when Francisco Vázquez de Coronado, the European explorer, arrived. The name of the state came from the Kansas River, which got its name from the Kansa tribe.