The United States of America is a country consisting of 50 independent states in the northern part of America, sixteen territories and a district of Columbia (Washington D.C.). It is the world’s third most populous country after China and India and the world’s fourth largest country by land area after Russia, Canada, and China.

Facts About The United States

2. In 1783, the United States became the first country to gain independence from a European power.[1] 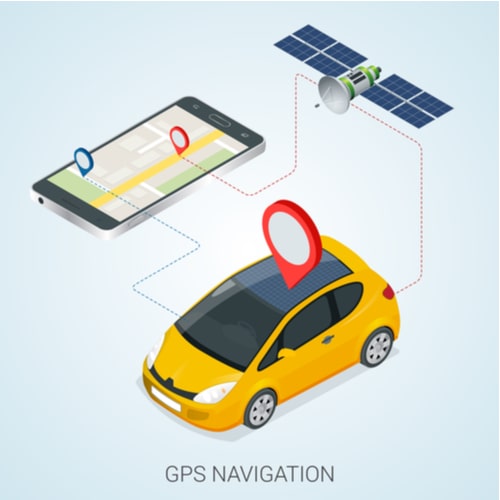 3. Did you know that the GPS is operated and maintained by the U.S. Air Force? The Global Positioning System is a utility that provides users with positioning, navigation, and timing (PNT) services. The system consists of three segments: the space segment, the control segment, and the user segment. Learn more about GPS.

4. The first constitution of the United States was adopted in 1788. For the acceptance of the constitution which was proposed in 1787, nine states needed to vote in its favor. Delaware was the first state and New Hampshire was the ninth state to accept the constitution, thus making it legal.[1,8]

Flag of the United States

6. There are 13 stripes on the American National flag, representing the original thirteen colonies? And there were thirteen stars arranged in a circle. However, today, there are 50 stars for 50 states. The flag has had 27 versions since its debut.[14]

7. Robert Ripley, an American cartoonist and entrepreneur, known for the Ripley’s believe It Or Not! newspaper panel series was born in California. At the age of 32, he made his first trip around the world. In 1929, he through his cartoon said, “Believe It or Not, America has no national anthem.” And soon after two years, after a law signed by the then president Herbert Hoover, “The Star-Spangled Banner” was adopted as the national anthem of the U.S.

9. Did you know that Rhode Island witnessed the beginning of the American Revolution? It was here that the first successful water-powered cotton-spinning factory went into operation in the 1790s.

10. Did you know that the United States has the world’s largest coal reserves? However, note that China is the world’s biggest consumer and producer of coal.[41]

11. The phrase “United States of America” was first published anonymously in the Virginia Gazette newspaper in Williamsburg, Virginia, on April 6, 1776.[1]

12. Did you know that more than one-third of adults in the United States are obese? Obesity costs Americans $147 billion each year. Colorado has the lowest obesity rates.[19]

United States on the map

13. The United States experiences the highest rate of tornadoes of any country in the world. On an average, the country deals with more than 1000 tornadoes every year.

14. Alaska has the longest coastline of any state while Florida has the second longest.[15]

15. Did you know that gold was discovered at Sutter’s Mill near Sacramento, California in 1948? Interestingly, by 1850 nearly 300,000 immigrants had arrived to seek their fortune.

16. The United States of America has the world’s largest air force. It was founded on September 18, 1947. The USAF with more than 5,369 military aircraft is the most technologically advanced air force in the world.[12]

17. Interestingly, in 1903, the first controlled, engine-powered flight with a heavier-than-air aircraft lasted only 12 seconds when the Wright Brothers from Dayton, Ohio, took a giant leap for the whole mankind. The airplane at Kill Devil Hills near Kitty Hawk, North Carolina, flew at a ground speed of 10.9 km/h at an altitude of 8-12 feet. This remarkable flight would pave path for other aviation enthusiasts to take the industry to a new level in the coming years.

18. Did you know that the first fatal aero plane crash happened in the United States on 17 September 1908 when a plane piloted by Orville Wright crashed into a field after the propeller of the plane snapped a rudder control wire? The propeller was broken and the plane nosedived into a field. Orville Wright was accompanied by Lieutenant Thomas Selfridge who acted as an army observer on the flight. He became the first fatality from the accident while Wright was hospitalized with several broken ribs and a fractured thigh.

22. The first United States Census was taken in 1790. The census takes place every ten years and counts all people living in the U.S.

23.  Spanish is the second most common language spoken in the U.S. However, the U.S. does not have any official language.[14]

24. Lasting from 1929 to 1939, The Great Depression was the worst economic downturn in the history of America. The economic crash happened because of the soaring stock prices and the decline in production of goods coupled with rising unemployment. The crash of the stock market kick-started the depression which eventually left millions unemployed, furthered slowdown of production, and led to the failure of more than half of the country’s banks.[3]

25. Michael Phelps, a retired swimmer, from the United States is the most decorated and the most successful Olympian of all times. He has won 28 medals. Phelps won eight gold medals at 2008 Beijing Games.[9]

26. The U.S. was formed by thirteen colonies of Great Britain after defeating Great Britain in the American Revolutionary War. On July 4, 1776, the Declaration of Independence was issued.

27. In 2008, Barack Obama became the first black president of the United States. In 2012, he was re-elected as the country’s president. Obama was succeeded by Donald Trump.

28. Did you know that Los Angeles ranks as the city with worst traffic in the United States?[43] Once again, it is interesting to note here that Elon Musk is trying to solve this problem with his new venture “The Boring Company”. The initial Test Tunnel, located in Hawthorne, CA is used for testing and development of the company’s transportation system.

29. The country has a large population. However, due to the fact that it also has an extensive area under its territory, the population density of America is relatively low.[4]

31. The U.S. is the world’s largest consumer of cocaine which is allegedly shipped from Columbia.[5]

32.  George Washington was the first president of the United States.

33. To the west of the United States lies the Pacific Ocean and to the East lies the Atlantic Ocean. Mexico lies at the southern end of the country and thus connects the U.S. with the other South American countries.

Below is a list of 50 states with their total area, land area, water area and percentage of water area. Use the “previous/next” buttons at the bottom of the table to check out the other states.

35. Did you know that the Everglades National Park is the only ecosystem in the world where alligators and crocodiles co-exist side by side?[42]

39. Interestingly, Abraham Lincoln is the only U.S. president to own a patent and a saloon.[13]

40. Did you know that before 1776, the United States was not a single country? The individual states were colonies of the British Empire, called British Colonies. Initially, thirteen colonies came together to become a new country. The first permanent British settlement was in Virginia, at Jamestown, in 1607.[10]

43. Four of the forty-five presidents of the United States have been assassinated in office.[13]

45. The United States and Russia both claim to have landed on the moon for the first time in history in 1969.[1]

47. After Christianity and Judaism, Islam is the third largest religion in number in the U.S.

49. The only point shared by four states (Utah, Colorado, Arizona, and New Mexico) in the U.S. is the Four Corners Monument.[22]

52. The first oil drilling started near Titusville, Pennsylvania, in 1859.

53. In 2001, the first self contained artificial heart was successfully implanted into a man with end heart failure at the Jewish Hospital of the University of Louisville, Kentucky, U.S.[39]

54. Did you know that a US company is trying to build a human colony on Mars? It takes about 7 months to get to Mars from the Earth. Musk and SpaceX have proposed the development of Mars transportation infrastructure in order to facilitate the eventual colonization of Mars.[40]

Continue reading on the next page . . .