Rhode Island is the 44th most populous and the 50th most extensive of the 50 states of the United States. It is in the New England region of the United States. The state attained statehood on May 29, 1790, becoming the 13th State to join the union. Its three bordering states are Connecticut, Massachusetts, and New York (water border). See the complete list of the 50 states and their borders here. Rhode Island (nicknamed: Little Rhody, Ocean State, Plantation State) has 5 counties. The state’s capital is Providence. The abbreviation for Rhode Island is RI.

1. Rhode Island has the longest official name of any state, the “State of Rhode Island and Providence Plantations.” In 2009, a referendum proposed eradicating the latter half of the name. However, people voted to keep the name intact. Despite the name, Rhode Island is not an island. It is composed of many of them.[4]

2. It is said that “the cradle of American industry began at the place of rushing water”. This happened in 1793 when Samuel Slater built a water-powered cotton spinning machine. His mill was the U.S.’s first successful cotton mill that helped Rhode Island became a leader in textile production in the 1800s.[2]

4. Dutch explorer Adrian Block named the state “Roodt Eylandt” meaning “red island” in reference to the red clay that lined the shore. However, when the region came under British rule, the name was anglicized.[4]

5. Another explanation about the name of the island is that explorer Giovanni da Verrazzano compared the land he found to the Greek island of Rhodes. This inspired colonist Roger Williams to name the colony “Rhode Island.”[14]

6. Roger Williams the founder of the colony of Rhode Island left Massachusetts where he believed people did not have enough freedom for the expression of their religion. He along with his followers settled on Narragansett Bay, where they purchased land from the Narragansett Indians and established a new colony. He founded the Providence Plantations. He believed that God’s Providence had led him safely there, and so the place was named.[25,26]

7. The state’s shoreline on Narragansett Bay in the Atlantic Ocean runs for 400 miles. Narragansett Bay almost divides the state into two parts. The bay which is between 3 and 12 miles wide receives Taunton, Providence, and Sakonnet rivers.[4]

8. Rhode Island is nicknamed the “Ocean state” because one can get to the ocean from anywhere in the state in less than an hour’s drive – the state is only 37 miles wide and 48 miles long.

9. The Touro Synagogue in Newport, Rhode Island is the oldest standing synagogue in the U.S. The construction of the synagogue began in 1759 under the supervision of the colonial architect, Peter Harrison.[5]

10. Behind only St. Peter’s Basilica, the Minnesota state capital, and the Taj Mahal, the state also has the fourth-largest unsupported marble dome in the world.[13]

11. Block Island wind farm is the first commercial offshore wind farm in the United States. It is located 3.8 miles from Block Island, Rhode Island in the Atlantic Ocean.[23]

12. Did you know that there is an island called “Rhode Island” in the state of Rhode Island? The island in the state is also known by the name – Aquidneck Island. The island occupies an area of 44 square miles. It is on this island that the two town Portsmouth and Middletown, and a city, New Port is located.[24]

13. The state also has the nation’s oldest one-room schoolhouse. It is in Portsmouth. The school house was built in 1716.[7]

14. The American straw hat industry was launched by a 12-year-old Betsey Metcalf in 1798 when she started making inexpensive straw hats.[8] 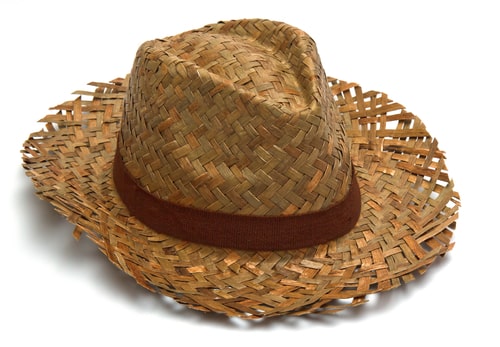 16. The Green Animals Topiary Garden, located in Portsmouth, Rhode Island, is the oldest and most northern topiary garden in the United States. The garden has eighty sculpted trees that look like animals.[9]

17. Portsmouth, RI is the first town in America to be established by a woman – Anne Hutchinson.[10] 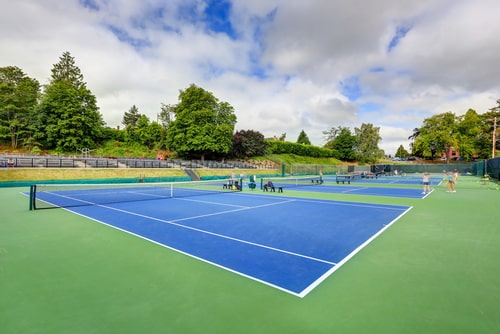 19. The first National Lawn Tennis Championship (the precursor to the U.S. Open) was held in Rhode Island in 1899. The state is also home to the Tennis Hall of Fame.

21. Reader’s Digest named Rhode Island one of the “10 Nicest Places in America.”

22. Rhode Islander Gilbert Stuart was the artist behind the George Washington portrait featured on the dollar bill.

23. The state is also home to St. Mary’s, the church where President John F. Kennedy and Jacqueline Bouvier married in 1953.[20]

24. First Baptist Church in America is the country’s oldest Baptist church congregation in Providence, Rhode Island. It was founded by Roger Williams in 1636.[18]

25. The East Bay Bike Path is the first multi-town bike path that was built in Rhode Island. The construction of the Bikeway was completed in four phases between 1987 and 1992.[17]

26. Brown University founded in 1774, was the first American college to accept students regardless of their religious affiliation.[15]

27. Traditionally, voting rights were only available to those who owned property in the state, which limited the working class’ influence in the government. However, after the Dorr Rebellion – led by Thomas Wilson Dorr, voting rights were eventually extended to non-property owners with a poll tax of $1.[16]

28. Pelham Street in Newport was the first gas lit street in America.

29. With more than 1,000 manufacturers, Rhode Island is a leading jewelry producer. The island is nation’s 46th biggest exporter.

30. Rhode Island was once known as the Jewelry Capital of the World.[1]

31. Did you know that Rhode Island’s GDP is about the same as the GDP of Slovenia?[21]

32. Rhode Island’s state motto is “Hope” and that is shorter than the state motto of any other state.

33. Coffee milk is the official state drink of Rhode Island.

34. According to some research, there are more doughnuts shops per capita in the Providence metro area than anywhere else.[22]

36. Rhode Island was the last of 13 original colonies to join the Union.[6]