Kentucky is the 26th most populous and the 37th most extensive of the 50 states of the United States. It lies in the east south-central region of the United States. Kentucky attained statehood on June 1, 1792, becoming the 15th state to join the union. It shares its border with seven bordering states (Tennessee, Virginia, West Virginia, Illinois, Indiana, Missouri, and Ohio.) See the full list of the 50 states and their borders here. Kentucky has 120 counties. The state’s capital is Frankfort. The postal abbreviation for the state is KY. With these Kentucky facts, let us explore more about its history, geography, culture, people, economy and more.

1. The Kentucky Derby, held in Louisville, is the oldest horse race held continuously in the world. It is also the first and most famous leg of the Triple Crown.[1]

2. The Kentucky Derby is held on the first Saturday in May. In the United States, it is known as “The Most Exciting Two Minutes In Sports” or “The Fastest Two Minutes in Sports” in reference to its approximate duration.[36]

3. Thomas Edison first introduced the public to the electric light bulb at the 1883 Southern Exposition, held in Louisville. According to some sources, more than 4,500 light bulbs were used to illuminate the exhibition at night, which constituted the largest display set of Thomas Edison’s recently invented incandescent lights.[8]

5. Vent Haven Museum, in Fort Mitchell, is the place where you can find the world’s largest collection of ventriloquist dummies.[34]

6. At the Kentucky Vietnam Veterans Memorial, in Frankfort, a giant sundial’s shadow touches the name of each veteran on the date of the person’s death.[39]

7. Abraham Lincoln, the 16th president of the United States, was famously born in Kentucky, but so was the other commander of the Civil War, Jefferson Davis. Hodgenville and Fairview, respectively, were their birthplaces. And interestingly, they both were born in log cabins.

8. Every Corvette in the world has been manufactured in Bowling Green since 1981. This manufacturing facility has produced over 1 million Corvettes since its startup. On June 1, 1981, the first Corvette was rolled out of the assembly line at the plant.[3]

9. Georgetown, Kentucky, is home to the largest Toyota manufacturing plant in the world. This plant is the first completely American owned Toyota vehicle plant and is home to the Camry, Lexus ES 350, and Avalon. Visitors can ride a tram through the facility and see how these cars are made from start to finish.

10. Mammoth Cave, located in Edmonson, Hart and Barren counties, is more than 400 miles long. The system was declared a World Heritage site on October 27, 1981. It is the longest cave system in the world, pretty much doubling up second place Sac Actun in Mexico.[4]

11. The Fort Knox Bullion Depository was completed in December 1936 at a cost of $560,000. The first gold was moved to the Depository by railroad in January 1937. No visitors are permitted into the facility and only one president, Franklin D. Roosevelt, and one Congressional delegation in 1974 have been inside the vault.[37,38]

12. A lot of states have cities named Washington in honor of the first president of the United States, but Washington, Kentucky was the first.[5]

13. The War of 1812 was particularly tough on the state of Kentucky. Out of the roughly 2260 American deaths, more than half of them were from the state. It is estimated that 64 percent of Americans killed in the war were Kentuckians. It is often called the United States’ “forgotten war”.[6]

14. There are more miles of water for people to use in KY than any other state, save for Alaska. Kentucky also has the greatest length of navigable waterways and streams in the continental 48 states. Kentucky features the two largest man-made lakes east of the Mississippi River and the nation’s most productive coalfield.[14]

15. Middlesboro has one of the most unique city origins in the United States. The city is built inside a crater created by a meteor.[7]

16. Mother’s Day can trace its origins to Henderson. Back in the 1880s, a teacher named Mary Wilson is credited for recognizing her mother on that day. Since 1916, it is an official holiday.[21]

17. Despite claims by others, Kaelin’s restaurant in Louisville stands by being the first to serve cheeseburgers in 1934.[19]

18. Kentucky actually started off as a county in the state of Virginia. The residents did not feel that they were properly being represented by the state though, and in 1792, it became its own state.[9]

20. Kentucky Fried Chicken originated in the Corbin, where Colonel Sanders developed the recipe that would launch one of the biggest fast food chains in the world.[2]

21. Governor William Goebel is the only acting governor in the United States to be assassinated. He was shot in front of the state capitol in Frankfort during a protest in 1900.[10]

22. Transylvania University, located in Lexington, is the oldest university that is west of the Allegheny Mountains. The school was officially chartered in 1780, and despite never growing into a huge school, it remains extremely selective.[11]

23. Bluegrass music officially took off thanks to Bill Monroe, born in Rosine. His unique style of playing string instruments, with quick picking and wailing, launched a new genre that is still popular in certain pockets of the United States.

24. Patty and Mildred Hill collaborated to write the tune to Happy Birthday. Although it took years for it to really take off, Happy Birthday is now one of the most well-known songs in the English language.[12]

26. Anyone driving on I-75 has seen the water tower with “Florence Y’all” on it. While it has turned into an iconic feature of the city, with a local festival in its name even, it was originally meant to be an advertisement for the Florence Mall. The city prohibited advertisements that high, forcing a quick change in the text.

27. The city of Florence was officially incorporated in 1830, but before that time it had been known by the Native American names of Polecat and Pow-Wow because this area was where Native Americans came to exchange their furs. Additionally, the area was situated at the intersection of two major country roads, earning it its first English name of Crossroads.

28. Kentucky has many lakes, but only three major lakes are natural. The rest were man-made throughout the years.[14]

29. Kentucky has the highest population of elk in the eastern part of the United States by far. With more than 11,000 elk currently roaming the state, the number is expected to continually increase after only being reintroduced to the state in the 1990s.[15]

30. Muhammad Ali (was a former heavyweight champion boxer and one of the greatest sporting figures of the 20th century) was born and raised in Louisville, Kentucky. The city now has a museum highlighting his life.[29,40] 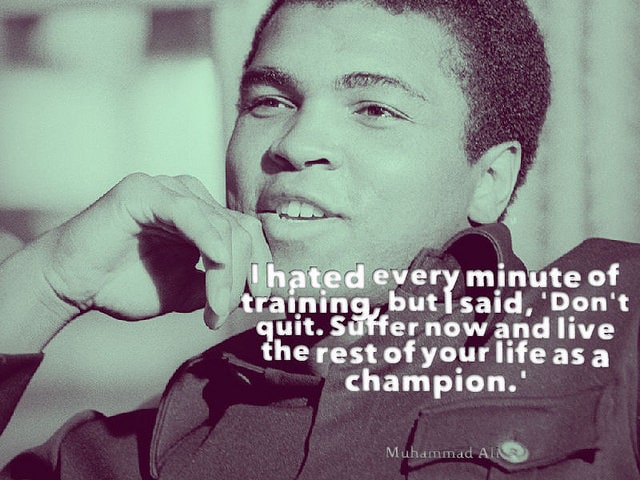 31. The World Peace Bell, which is one of the largest free-swinging bells in the world, is displayed in Newport, Kentucky.[17]

32. Covington’s Cathedral Basilica of the Assumption has a lot of eye-catching displays and architecture, but none bigger than their rendition of the Council of Ephesus. It is the largest hand blown glass window in the world, spanning 24 feet wide and 67 feet high. A total of 82 stained glass windows are in the church.[18]

33. Roughly half of the state is covered in forests. That makes it one of the largest providers of hardwoods in the United States.

34. Duncan Hines is much more than a brand of cake mix. The man behind the brand, Duncan Hines, was born in Bowling Green in 1880. This famous native son built his fortune as a traveling salesman. It was during this time on the road that Duncan Hines decided to make notes about the restaurants he visited. He eventually self-published a list of his recommended restaurants that he called Adventures in Good Eating. It was this start that led him to producing food products, including cake mixes for home kitchens.

35. Louisville is constantly being pronounced in different ways around the world. The most common way locals say it is “looavull” or “luhvul.” Anything else is going to get weird looks.[30]

36. Years ago, Fleming County picked up the nickname “Covered Bridge Capital of Kentucky“. Although most have been demolished, a handful still remains in the lightly populated county.[20]

37. In 1877, the Nicholasville High Bridge officially opened as the highest railroad bridge over navigable water in North America. The High Bridge stands 275 feet high and is 1,125 feet long. The High Bridge was added to the list of National Civil Engineering Landmarks in 1985.

38. Man o’ War, one of the most recognized Kentucky-bred horses of all-time, never actually raced in the state of his birth.[22]

39. When KY became the 15th state, it was the first in the western frontier.

40. Vanceburg is the only city south of the Ohio River with a monument dedicated to deceased Union soldiers. Despite being south of the Mason-Dixon line, the Union had a stronghold on Lewis County.

. . . continue reading Kentucky facts on the next page