Cuba, officially the Republic of Cuba, is a country comprising the island of Cuba as well as Isla de la Juventud and several minor archipelagos. It has an area of 110,860 square km. Havana is its capital and largest city. Spanish is the official language of Cuba. Peso (CUC) is its official currency. One of the world’s greatest public health achievements happened in Cuba in 2015 when it eradicated mother-to-child transmission of HIV and syphilis.

2. There are now just two countries in the world where Coca-Cola cannot be bought or sold – at least not officially. They are Cuba and North Korea, which are both under long-term US trade embargoes (Cuba since 1962 and North Korea since 1950). 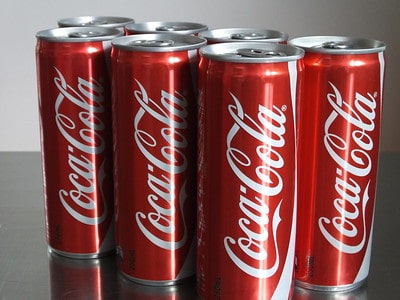 3. Cubans were not allowed to own cell phones until 2008 when the ban was lifted by President Raul Castro’s government.

4. Did you know that the United States pays Cuba approximately $4,085 a year to lease the 45 square miles that the Guantánamo Bay Naval Station occupies? Cuba, however, has not accepted the payment since 1959.[13]

5. When viewed from the air, the island of Cuba resembles a crocodile. Hence, it is also referred to in Spanish as “El Crocodilo” or “El Caima.” This is one of those Cuba facts that you can share with your friends and impress them with your knowledge about Cuba.

6. In Cuba, there is a dual monetary system since two currencies circulate: the CUP (Cuban peso) and the CUC (convertible peso). The Cuban peso is known as the national currency. The value of the convertible peso, however, is pegged 1:1 to the United States dollar. According to Latin American Post, most workers receive their salary in CUP, while large quantities of commodities are sold in CUC, resulting in a loss for consumers due to high prices.[30,31]

Cuba on the map

7. Cuba is roughly the size (in total area) of the U.S. states of Tennessee or Virginia.

9. Cuban cigars are known as the finest cigars in the world. They are handcrafted with homegrown tobacco. Sugar made from sugar cane is their major crop.

11. In Cuba and in the Caribbean, the island of Cuba is the second-most populous after Hispaniola.[11]

12. At a distance of 48 miles to the east, Haiti is the nearest neighboring country of Cuba. Jamaica is 87 miles to the south.[28]

13. The sugarcane crop played a key role in the economy of Cuba since the 18th century. Rice, citrus fruits, potatoes, bananas, and others are also important crops for the country’s economy.[28]

14. The game of dominoes is the national game of Cuba.

15. Voting in Cuba is legally mandatory.

16. Cuba has the highest doctor-to-patient ratio in the world. Due to this fact, many Cuban doctors are sent to countries where medical aid is required.[9]

18. The world’s smallest frog (the Mount Iberia frog) and smallest hummingbird (the bee hummingbird) are found in Cuba. Isn’t this an interesting Cuba fact for the wildlife enthusiast.[14]

20. Until 1997, Cuba did not cite Christmas as its official holiday.

22. The communist party is the only legal party in the country.

23. “The Old Man and the Sea,” and “For Whom the Bell Tolls” were written by the famous writer Ernest Hemingway while he lived in Cuba.

24. Almost 100,000 barrels of oil are received by Cuba from Venezuela every day.

25. Americans visiting the island can bring home a total of $100 worth of cigars and rum. 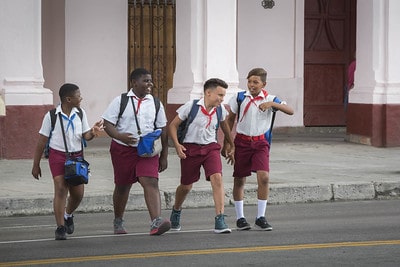 26. The uniform color of school children depicts their grade level. Every child between the ages of 6 and 15 is required to attend the school.

27. If you are a chef or food lover, you will find this fact about Cuba fascinating. Recipes in Cuba are passed down from generation to generation. They typically do not write down their recipes.

28. The number of daily newspapers published in Cuba dropped from 58 in the 1950s to 20 in more recent times.

29. It is a tradition in Cuba to burn dolls at New Year’s Eve to symbolize the forgetting of bad times and look forward to a fresh start with the New Year.

30. Cuba, which was discovered by explorer Christopher Columbus in 1492, was controlled by Spain until 1898.During April-September 1980, approximately 124,000 Cubans migrated to the U.S., as they were freely allowed to do so by Fidel Castro.

32. Since the communists took power in 1959, the United States had been hostile towards Cuba. However, after the stepping down of Fidel Castro, the relationship between the two countries has improved. On August 14, 2015, the U.S. Embassy reopened in Havana.[14]

35. Cuba is a long and narrow island.

36. Cuba is one of the first countries to ban the sale of incandescent lighting.

38. Cuba is the most populous nation in the Caribbean. Other Caribbean countries include the Bahamas, Jamaica, Grenada, Belize, Costa Rica, Honduras, Panama, and Mexico to name a few.

39. The first Spanish settlement on Cuba was Baracoa which was founded by Diego Velazquez de Cuellar in 1511.[27]

41. Cuba was the Spanish empire’s most-important source of raw sugar in the 18th century.[28]

Facts about Fidel Castro, tourism, and economy of Cuba

43. Fidel Castro smoked Cohiba cigars. The CIA even allegedly tried to assassinate Castro once by sending him a box of poisoned cigars.[32]

44. On February 19, 2008, Fidel Castro resigns as the president and on February 24, 2008, his brother Raul Castro is chosen by the country’s National Assembly as the nation’s new president. Fidel Castro died in November 2016.[13]

45. State-run enterprises dominate the economy of Cuba. Most of the labor force is owned by the state as the majority of the industries are owned and operated by the government. Healthcare, food and education are subsidized by the government for the Cubans.[16]