Puerto Rico, officially the Commonwealth of Puerto Rico, is an unincorporated territory of the United States located in the northeast Caribbean Sea. It has an area of 9,104 square km. Its capital and largest city is San Juan. Spanish and English are its official languages. Its official currency is the United States dollar (USD). It has no land bordering countries. It is an archipelago consisting of the main island of Puerto Rico and a number of smaller islands. With these 77 interesting facts about Puerto Rico, let’s learn about its history, culture, people, beaches, wildlife, trade, economy, caves, food, flag and more.

1. The name Puerto Rico (rich port) is derived from the abundant gold that the initial Spanish settlers found on the island. 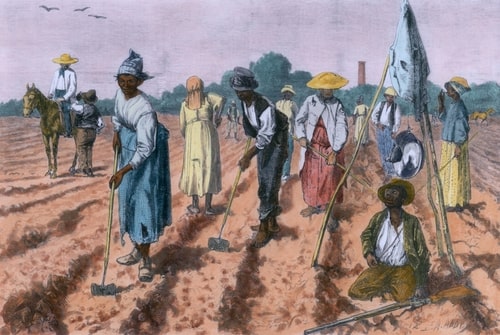 2. Slaves were imported from Africa to help with the production of cattle, sugar cane, coffee and tobacco on the island.

3. Two-thirds of the island was a U.S. naval base for almost 60 years. The Navy used the area extensively for bombing and military training purposes. However, after the accidental death of a civilian, the area was abandoned as a Navy base and eventually became a wildlife reserve.

Puerto Rico on the map

4. Puerto Rico was one of Spain’s last two colonies in the New World (the other being Cuba).

5. Discovered by Columbus: Puerto Rico was first discovered by Christopher Columbus in 1493, and several invasion attempts were made by the French, Dutch, and British. During his journey, he stayed on the island for two days.

6. Before discovery: It is notable here that Christopher Columbus discovered America in 1492, one year before discovering Puerto Rico. Before his arrival, the archipelago was inhabited by Taíno Indians, who called it ‘Borinquen.’

8. Did you know that at one time, the U.S. planned to purchase Puerto Rico for a sum of $160 million? However, Spain refused (Puerto Rico was under Spanish treaty at the time).

9. During the Spanish-American War, U.S. acquired Puerto Rico, Guam, and the Philippines under the Treaty of Paris. The cost of the treaty to the U.S. was $20,000,000. 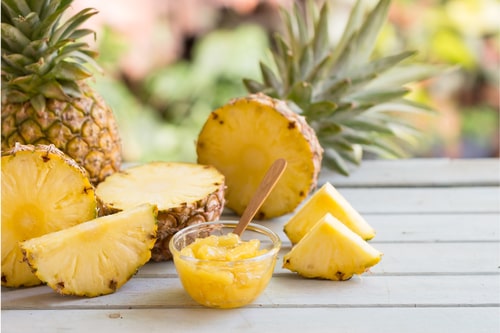 13. Barceloneta is also known as the “pineapple city” because of its extensive pineapple plantations.

14. If you want to visit the island, also be aware that Barceloneta is famous for its blue sand beaches.

15. A giant telescope: Puerto Rico is also home to the largest single-aperture telescope ever constructed – “the Arecibo Observatory.” It has 40,000 aluminum panels, each measuring three feet by six feet. The telescope has been featured in some Hollywood movies, including GoldenEye, a popular installment in the “James Bond” film series.

16. Sightseeing – Cave system: The river gives existence to a beautiful and magnificent cave system known the world over – Camuy. The system features more than 10 miles of caverns, 220 caves, and 17 entrances. Experts believe that there are still another 800 caves that are yet to be explored. Today, a 268-acre park is built around the cave system, providing tourists insights into some of the best natural locations in the country.

17. Unique Frog: A frog from the island, “Coqui,” is found only in Puerto Rico. It produces a distinct, high-pitched sound – “ko-kee, ko-kee” – especially at night. The frog is also the unofficial national symbol of the country. Sadly, it is a threatened species now.

18. Forest without snakes and bears: Puerto Rico also has the only tropical rainforest in the U.S. Forest System – El Yunque. And you may be surprised to learn that this forest is free from snakes, bears and threatening animals of any kind!

19. A barkless dog: Interestingly, Puerto Rico is void of any naturally existing land mammals. Present-day mammals including horses, cattle, cats, and dogs, have all been introduced to the island from elsewhere. A barkless dog once existed on the island, but it is extinct today.

20. Holiday shoppers beware: the “Plaza Las Americas” mall in San Juan is one of the most profitable malls per square foot in the world.

21. The Bacardi rum factory (est. 1862) in San Juan, is the largest rum distillery in the world (producing more 100,000 liters of rum every 24 hours). The distillery contributes nearly 85% of Bacardi’s total rum production, and the remainder is produced from the distilleries in Mexico and India.

23. Not a country: Puerto Rico is considered as a country by many; however, the fact is that it is not a country in itself. It is a territory of the United States.

25. Tax benefits and cuisines: Puerto Rico is a popular travel destination for tourists from around the world because of its attractive tax incentives and traditional cuisines.

26. Out of the many national holidays that Puerto Ricans observe, quite a few are held on Mondays, so that citizens can enjoy a long weekend. Pretty smart, aren’t they!

27. San Juan has also been called one of the world’s busiest cruise-ship ports.

28. Arroz con Gandules, the national dish of Puerto Rico, is typically enjoyed by its residents during every festival and celebration.

29. Spanish influence: the island was ruled by the Spanish for nearly 400 years.

30. Puerto Rico is overwhelmingly Spanish speaking. The U.S. government has failed to establish English as the dominant language despite several efforts.

32. It is the largest insular territory of the U.S.

33. Voting: Puerto Rico does not have a vote in the U.S. Congress. They cannot even vote for the President or the Vice President of the U.S.

39. If you are a U.S. citizen visiting Puerto Rico, note that there is no visa requirement for you. However, those who are from the outside of the U.S. need to follow the requirements that are set for entering the U.S.

41. Food is inexpensive in Puerto Rico. So if you are looking for a place where you can eat well within your budget and enjoy your time, Puerto Rico is a good choice.

42. Beautiful Streets: The streets in the country look amazing! They are paved with blue cobblestones, which makes them look stunning.

45. Puerto Rico and rum have been related for more than 400 years now. The country produces some of the best rum in the world. The U.S. imports more than 70% of the rum sold in the country from Puerto Rico. They produce rum in three varieties: light, dark, and añejo, or aged.

46. Puerto Rico’s and Cuba’s flag are the same, but the colors of the bands and triangle are reversed.

48. The third-largest underground river in the world, the Río Camuy, is in Puerto Rico.

49. Puerto Rico is an officially multilingual country; as are others, such as India, Canada, Belarus, Cyprus, Madagascar, New Zealand, South Africa, and Switzerland.

50. Currency: Puerto Ricans have the United States dollar as their official currency; however, they refer to it as the ‘peso’ or ‘dollar.’

. . . continue reading on the next page.