Named after a Greek God, helium is the second lightest and the second most abundant element in the universe. However, this element that’s most popularly known for its use in party balloons is comparatively rare on planet Earth. Moreover, the usage of helium in balloons only makes up for a marginal part of its overall usage, most of it goes to many other applications that we will explore in this article. Here are 50 interesting facts about helium.

1. Helium is the first chemical element that was not first discovered on earth. Researchers accidentally discovered it while studying the Sun’s spectroscopy data.

2. The first detection of Helium was in 1868, when Norman R. Pogson, Captain C.T. Haig, and Georges Rayet who were observing a solar eclipse spotted helium’s characteristic yellow spectral line.

3. Helium was first detected on earth by Luigi Palmieri, an Italian physicist who spotted Helium’s spectra line when analyzing volcanic sublimate after the eruption of Mount Vesuvius.

4. Helium was formally discovered by Nils Abraham and Per Teodor Cleve who found helium coming out of uranium ore.

5. Helium is colorless, odorless, and non-toxic. Helium is a non-renewable resource. It is also the first of the noble gas group on the periodic table of the elements.

6. When ionized, Helium gives out a pale-yellow glow. It’s was this yellow spectra line that led to its discovery.

7. Helium makes up 27% of our Sun’s mass. Due to the extreme temperatures in the Sun, hydrogen atoms fuse and form helium.

9. Helium makes up 0.0005 percent of the volume of Earth’s atmosphere.

10. Most of the helium in our universe (helium-4) was formed in the about three minutes that followed the big bang, thanks to Big Bang nucleosynthesis. The measurement of Helium’s abundance is therefore a component of cosmological models. Besides, a huge amount of helium is created in stars through proton-to-proton chain reactions as well as the CNO cycle (a part of stellar nucleosynthesis).

11. Of all the chemical elements in the observable universe, the melting point and boiling point of helium are the lowest.

12. Helium makes up about 24 percent of the Universe’s mass. It’s thus the second most abundant element in our Universe, with hydrogen being the most common element. 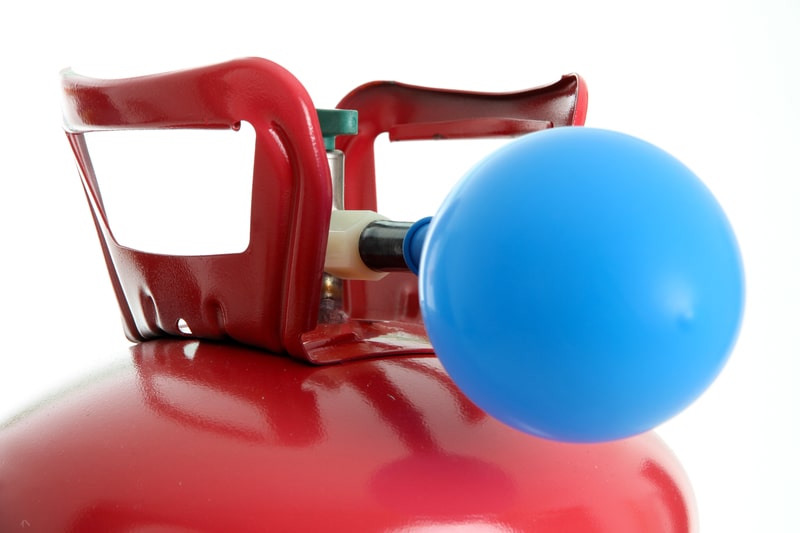 13. Helium is one of the noble gases (others include radon, xenon, krypton, argon, and neon). They are called noble gases because they are so majestic that, in general, they don’t react with anything. Helium is the second most chemically inert element after neon.

14. At super-cool temperatures, Helium becomes superfluid. Helium in its superfluid state has zero friction and its density is 1.8th the density of water. Because of those qualities, it can flow through openings with a molecule-sized diameter. Besides, when kept in a container it stays completely motionless when the container is spun and it can ascend the walls of the container.

15. Helium rarely occurs naturally on earth. This is because it’s so light and thus escapes the earth’s atmosphere.

16. The helium used today is typically isolated from other sources. Helium is extracted from natural gases through fractional distillation, a process that is used to isolate helium from other elements.

17. If helium escapes our atmosphere because of its lightness, why is it then present in the earth’s atmosphere? Well, it’s because it’s continually replenished. The two sources of Helium on earth are radioactive decay of some of the elements on earth, and cosmic rays which are packed with helium nuclei (around 9 percent of cosmic rays comprise helium).

18. Large-scale helium production entails extracting the element from natural gas through fractional distillation. Natural gas can be comprised of up to 7% helium. Because of helium’s lower boiling point compared to other elements, all other gasses are liquefied through high pressure and low temperature. Then, the crude helium extracted through that process is purified by being exposed to lowering temperatures, which result in the removal of all the remaining gasses. The final step in this process involves passing the helium through activated charcoal, resulting in 99.995% pure helium.

19. Of the eight known helium isotopes, only two are stable (helium-3 and helium-4).

20. Helium is formed through different processes and thus the isotopic abundance varies by origin.

21. On earth’s atmosphere, there is one atom of helium-3 for every million atoms of helium-4.

22. Helium-3 has more neutrons and protons and thus it’s a stable isotope; as such, some scientists suggest that it’s a suitable fusion power generation fuel.

23. While there is little Helium-3 on earth, there is plenty of it on the moon. The capability to mine the element from the moon’s surface will mark a major human and technological advancement. It’ll also bring immense benefits if done responsibly. Space agencies in China, Russia, and India have stated that helium-3 mining will be a huge boon for lunar exploration.

24. The reason why there are huge quantities of Helium-3 on the moon is, for billions of years, solar winds brought about Helium-3 rain on the Moon’s surface.

25. Deep-Sea divers use ‘Heliox’, a breathing mixture that comprises helium (helium replaces nitrogen). Helium is the ideal choice because once you dive beyond 100 feet/30 meters, nitrogen can quickly accumulate in your body tissues leading to fatal decompression illness or nitrogen narcosis. This condition, nitrogen narcosis, causes similar symptoms to sudden and extreme drunkenness.

26. At high pressures, Heliox can cause high-pressure nervous syndrome (a condition that has a reverse-anesthetic effect). Fortunately, you can remedy this condition by adding a bit of nitrogen to the oxygen and helium mixture.

27. In its liquid form, helium is used as a coolant in superconducting electromagnets. The Large Hadron Collider in Geneva, Switzerland uses electromagnets that are cooled by liquid helium.

28. Helium’s primary commercial use is in MRI scanners where it cools the ring-shaped magnetic coils. Once Helium has cooled the coils to –441ºF or –263ºC, MRI scanners can then generate powerful magnetic fields which enable their functionality.

29. Helium is used to displace fuel that’s in storage tanks, in space programs.

30. Because of its incombustibility and low density, helium is used to fill airships such as the Goodyear Blimp.

31. In arc welding processes that involve materials that are weakened by nitrogen at welding temperatures, Helium serves as the shielding gas.

32. In the growing of germanium and silicon crystals as well as the production of titanium and zirconium, helium serves as the protective gas.

33. Helium is used in impulse facilities and supersonic tunnels because of the high speed at which it conducts sound, its calorically and thermally perfect nature, as well as its high-value heat capacity ratio. Helium does not liquefy until almost absolute zero (- 459° F).

34. In a pressure-fed rocket engine, helium is often used to force fuel to the engine.

35. The reason why people develop ‘squeaky voices‘ after inhaling helium is that vocal cord vibration is faster when the gas that’s around the cords has a lower density.

36. Helium is generally safe and non-toxic. However, inhaling excessive amounts of helium can be dangerous because it’s an asphyxiant. Asphyxiant substances can cause death by suffocation or unconsciousness. Inhaling helium directly can lead to barotraumas.

37. On 15th October 2009, a lot of people were led to believe that a boy aged six years had floated away in a helium balloon. The incident turned out to be a hoax, the boy was hiding in a house the whole time.

38. 1903, an oil-drilling operation in Dexter, Kansas produced a geyser of gas that couldn’t burn. Residents who had gathered to watch the mayor ceremonially light of the newly found gas were mightily disappointed. However, after the gas was analyzed at the University of Kansas, it turned out it contained helium. This discovery revealed that despite helium’s rarity on earth, there lay large concentrations of it underneath the American Great plains. This discovery led to the US emerging as the top supplier of helium in the world. 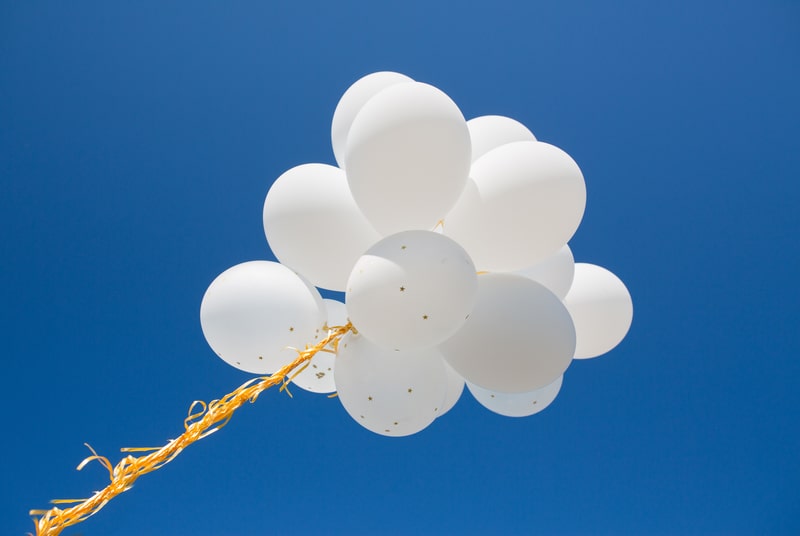 39. During World War I, the US navy sponsored experimental helium plants. The goal was to aid the production of barrage balloons filled with lighter-than-air, non-flammable gas.