Minnesota is the 22nd most populous and the 12th most extensive of the 50 states of the United States. It lies in the Upper Midwest, Great Lakes and northern regions of the United States. The state attained statehood on May 11, 1858, becoming the 32nd state to join the union. It shares its border with five states Iowa, Michigan (water border), North Dakota, South Dakota, and Wisconsin. Minnesota (nicknamed: Gopher State, Land of 10,000 Lakes, North Star State, State of Hockey) has 87 counties. The state’s capital is Saint Paul. The postal abbreviation for Minnesota is MN. With these facts about MN, let us learn about its history, economy, geography, people, culture, wildlife, and nature.

The oldest human remains found in the region date back to 7,000 BC. These remains were found in 1933 near Browns Valley, east of the state of Minnesota; hence, the name of Man of Browns Valley. Human presence in the region could be before the date thanks to the discovery.

2. The arrival of the Europeans

French nationals, Pierre Esprit Radisson and Médard Chouart were, in 1660, the first inhabitants of the old continent. In 1679, French explorer Daniel Greysolon claimed the entire region on behalf of France. French influence in the area declined after 1763 when France ceded part of Minnesota to the United Kingdom.

Minnesota is home to several museums that you cannot ignore. They are mainly located in the city of Minneapolis and the list includes The Walker Art Center, which is dedicated to visual art. The center was founded in 1940 and it is ranked in the top five contemporary art museums of the United States. It attracts more than 700,000 visitors a year.[22]

Minnesota state parks occupy more than 200 thousand hectares. Many of its lakes and rivers allow locals and visitors to enjoy various activities, including sailing, fishing, boating, swimming and walking on foot through forests, marshes, grasslands, rivers, and lakes.[2]

Practically since its creation as a state of the Union, Minnesota has paid special attention to education. MN is proudly one of the ten strongest states in education.[11] 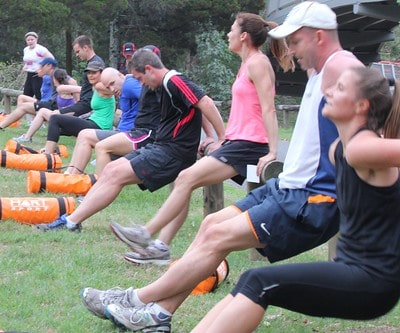 6. Number one ranking for fitness

The state of Minnesota ranks first when it comes to the percentage of residents who exercise regularly. It is second in three key indices: low infant mortality, long life expectancy, and a low mortality rate.[5]

The Minnesota Zoo is located near Minneapolis and Saint Paul and has 4,990 animals and 533 species in an area of 485 hectares. This large space makes animals feel as if they are in their respective habitats. The zoo operates as a place to connect people with animals. The zoo opened to the public in May 1978.[16]

8. The largest network of skyways

Another interesting fact about Minnesota is that that the Minneapolis Skyway System stands out as the largest network of skyways globally. It links 80 blocks contiguously for a distance of up to 9.5 miles. The very first skyway, opened in 1962. People can move one building to another in a more convenient way even during bad weather.[18]

This list of facts about Minnesota would not be complete unless the state’s important contributions are mentioned. Minnesota has contributed many inventions in various fields, including medicines and apparel. Its notable achievements include Scotch tape, Better Business Bureau, automatic pop-up toaster, in-the-ear Hearing Aid and more.

10. The highest natural point in Minnesota

At 701 meters (2,301 feet), Eagle Mountain stands tall as Minnesota’s highest point. The mountain is located in Northern County and is a Minnesota State Historic Site.

Fort San Antonio (later called Fort Snelling) is Minnesota’s first military installation. It was built in 1819 and, Mendota, the first large settlement was developed in its vicinity. With the establishment in 1834 of the main commercial factory of the American Leather Company in Mendota, the fort became the main settlement of northwestern America.[13]

12. First states to support the Union

Minnesota was one of the first states to support the Union during the Civil War. It is around this time that the state government and some railway companies were interested in attracting people to the state territories.[7]

Valleyfair is the largest amusement park in the Midwest area of the United States. It has over 75 rides and attractions including eight roller coasters.. There is also an area called “Route 76” dedicated to the classic attractions with which the park originally started in 1976.[17]

The state is home to the world’s largest pelican, which was erected at base of the Mill Pond dam. The concrete statue, which was built in 1957 is situated in Pelican Rapids.[23]

Minnesota on the map

Minnesota is a dream for anyone who loves shopping. It is home to the largest mall and entertainment center in the United States – Mall of America. Shoppers can take advantage of zero tax on the sale of clothing or footwear, so it is a shopping paradise.[24]

To the north, you will find the largest lakes in Minnesota and the headwaters of the Mississippi River. Lake Leech is the third-largest in Minnesota. It is worth visiting, especially for its landscape. It has an irregular shape in addition to small and large bays. It comes as no surprise that the state is known as “the land of 10,000 lakes.”[20]

Lake Mille Lacs is home to the best smallmouth fish. It has been reported that some weigh up to a little more than three kilograms.[12]

Mystery Cave is the longest cave in the State of Minnesota is located in Forestville State Park and is open to the public. The interesting thing is to observe its natural formations of stalactites, stalagmites and underground pools. It is perfectly conditioned for tourism and children can enter.[1]

After getting to know the cave, you can move on to the historic Forestville Park, which has been restored with a 19th-century appearance. You can view the wildlife, including glacial snails and wooden rattlesnakes. Other species also include deer, beavers, bison, coyotes, foxes and at least 175 different species of birds.[6]

In the Mall of America, you will find the Sea life Aquarium and the Nickelodeon Universe amusement park. That is correct, a theme park is located inside the mall. Additionally, it has SpongeBob attractions, Rock Bottom Immersion, Airbender and Avatar among others that the little ones will love.

Would you like to eat a pizza on a farm? It is possible in many parts of MN, there are farms like Red Bern Farm in Northfield that provide the ideal setting to taste them. They are not pizzerias and the customers have to bring utensils: dishes, drinks, and even a blanket to sit on a picnic.

22. Population growth in the early days

More than 500 American settlers and soldiers died before the decisive defeat of the Sioux in the Battle of Lake Woods (1862), after which the Siux lost ownership of the land.[14]

Minnesota is considered to be one of the healthiest and most peaceful states in the entire Union.[15]

The inhabitants of the area around Lake Superior were the first to manufacture metal tools in the continent. The high copper content was worked by hammering it into a rough shape and heated making the metal tougher. Both copper ores and tools were exchanged throughout the region.[21]

In the period when the first European explorers arrived in Minnesota, the region was inhabited by the Dakota tribe. Other tribes, such as the Ojibwa (also called Chippewa or Anishinaabe) began emigrating to the west of the state around 1700. The economy of these tribes was based mainly on hunting and gathering.[22]

With the participation of the United States in World War II, the state’s economic situation began to change due to the high demand for wheat and iron produced in the region. On the other hand, the war also contributed to the industrialization of the state.

The gopher state has some of the oldest rocks found on earth that were formed about 3.6 billion years ago. About 2.7 billion years ago, basaltic lava sprouted from cracks in the ground of the primitive ocean. The remains of this volcanic rock formed the Canadian Shield in northeastern Minnesota.[8]

29. Impact of ice on the state’s landscape

Sheets of ice masses transformed the landscape. The glaciation was last seen thousands of years ago. These glaciers affected wide areas except the southeast. This an area that has countless steep hills, including streams that hit the rocky bed.[19]

30. The largest population of gray wolves

The region has the largest population of gray wolves outside of Alaska. It is also home to considerable populations of elk and white-tailed deer. The state has populations of waterfowl, such as geese and ducks as well as other migratory birds, such as Uruguayans, pheasants, and turkeys. To the southeast, you can find brook trout, common trout, and rainbow trout.[3]

31. The Iron Range in northern Minnesota

The roots of the volcanic mountains worked in conjunction with the Precambrian seas to create the Iron Range, which located in the northern parts of Minnesota. After a period of volcanic activity 1.1 million years ago, the geological activity of Minnesota has been more moderate, without volcano eruptions or the formation of mountains.

It is home to the Driftless Area, which is known for the lack of glacial drift. About 12,000 years ago, the expansive Lake Agassiz was created in the northern areas. The lake’s exit, the Warren River Glacier, played a role in the formations of the Minnesota River Valley.[10]

33. Economic contribution after World War I

At the end of World War I, Minnesota contributed approximately 70% of the production of iron ore for the United States.

The Twin Cities area is considered the cultural capital of the region. This is largely due to a large number of institutes, universities, and a generally strong economy.[9]

Another interesting fact about Minnesota is that that it has the largest number of Lutherans in the country.[4]

The Metrodome in Minneapolis has the distinction of being the only stadium to host three notable sporting events. These include an NCAA Final Four Basketball Championship, a World Series and a Super Bowl.

The state has contributed to music in America. Some of its notable acts include The Replacements, Hüsker Dü, Bob Dylan and Prince.

38. Roots of the mighty Mississippi

The world-famous Mississippi river begins in the Northern part of Minnesota. Its roots can be traced to the Lake Itasca.

The Guthrie Theater, which opened doors to the public in 1963 is undoubtedly the largest regional theater.

One key fact about Minnesota is that that the Minneapolis Sculpture Garden is the largest in the United States. The facility occupies 4.5 hectares (11-acre) and boasts 40 permanent installations. Some of the pieces are moved in and out of the park periodically.

Horse rides become magical in the summer and the winter seasons. Local landscapes are a delight for the eyes, they will make you feel as if you were inside a story. If you want something with more emotion, you can live the experience of sledding pulled by sled dogs through the Laurentian Highlands.