1. The flag is commonly known as the “Lone Star Flag” because it has a lone star. Hence, the state’s nickname, “The Lone Star State.”

2. The “Lone Star Flag” has a width to length ration of two to three. The blue vertical stripe has a width equal to one-third of the length of the flag. There are two horizontal stripes that are each equal to the two-third of the length of the flag. The upper horizontal stripe is white and the lower one is red. There is a white, regular five pointed star which is located in the center of the blue stripe. The star is oriented so that one point faces upward and sized so that the diameter of a circle passing through the five points of the star is equal to three-fourths the width of the blue stripe. 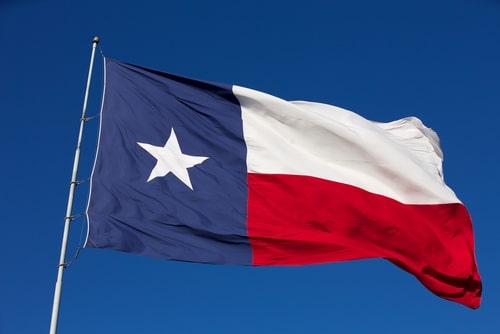 3. Among many other limitations on the display of the flag, according to the Texas statute, the flag when displayed should not touch anything beneath it, including the ground or floor. It should not be used as bedding or drapery.

4. Unfortunately, the actual designer of the flag is unknown.

5. The exact shades of red, white and blue are same as those of the flag of the United States. Blue stands for loyalty, white for purity and red for bravery.

8. The Chilean flag looks very similar to the Texas flag.