1. The telephone is one of the most important inventions in the world. Since it was patented and introduced to the public in June 1876, it has become the world’s most used device.

2. The patent for the telephone was granted to engineer and scientist Alexander Graham Bell in 1876. Although Bell was born in Scotland, he holds two citizenships – Canadian and British. Bell came to the U.S as a teacher of the deaf, and conceived the idea of “electronic speech” while visiting his hearing-impaired mother in Canada. When he was eleven, Bell invented a machine that could clean wheat. After gaining fame for developing the telephone, the inventor became a naturalized citizen of the United States in 1882.

3. Interestingly, Bell’s wife was also hearing-impaired. He met his future wife, Mabel Hubbard, a student 10 years his junior in 1873, when he became a professor of vocal physiology at Boston University. Living and working with the hearing impaired sparked Bell’s interest in the principles of acoustics and his experiments in transmitting sound waves over wires.

4. The term telephone comes from the Greek words “tele”, which means far or distant, and “phone”, which means voice. Literally, the name of the device means distant voice.

5. The invention of the telephone was likely inspired by its predecessor, the telegraph. Telegraphs transmitted written messages to distant locations. This process was refined further using the human voice.

6. The first working telephone was created by Johan Philipp Reis in 1861. Bell improved on Reis’ design and later patented it.

7. Although the invention of the telephone is credited to Alexander Graham Bell, there were other inventors of a similar device. What these inventors came up with is a device that was called the talking telegraph. However, Bell’s device was considered the best working version and the most practical. Plus, he was the first to be granted a patent for it.

9. Bell died at his summer home in Nova Scotia on August 2, 1922. Did you know that two days later all telephone service in the United States and Canada was suspended for a full minute at the precise moment when Bell was lowered into his grave?

10. The standard unit (Decibels) for the intensity of sound waves was named the “bel” in the 1920s. The decibel, one-tenth of a bel, is the most commonly used metric for measuring the magnitude of noise.

11. In 1849, an Italian immigrant named Antonio Meucci became one of the inventors of the talking telegraph. He filed what is called a caveat, which is a way to announce a new invention for his talking telegraph design. Unfortunately, he was not able to follow through due to financial reasons. Fortunately, a resolution passed in the U.S. House of Representatives in 2002 acknowledged the role Meucci played in inventing the telephone.

12. The first word spoken on the first telephone was not “Hello”. Bell’s telephone was tested by Bell himself on March 10, 1876. On the other end of the line was Bell’s assistant, Thomas Watson. Bell made history by saying, “Mr. Watson, come here. I want to see you.” 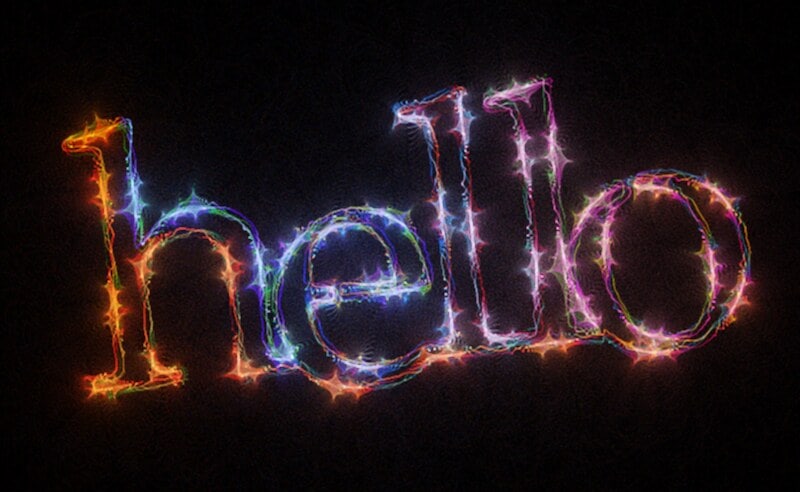 13. As a greeting when answering the telephone, Bell suggested “Ahoy!”. In 1877, Thomas Edison suggested using the word, “Hello” instead. It has been used ever since, at least in English-speaking countries.

14. During its early years, the telephone was made up of several components. These included a transmitter, a receiver, a power source, a ringer, a dialer, an anti-sidetone circuit, and a switch hook.

15. Bell’s telephone converted the human voice to an electrical signal using a transmitter. The device relied on a battery connected to a cup that contains a metal contact and sulphuric acid. This liquid produces vibrations when it is hit by sound waves. This, in turn, produces a signal that is reversed after it passes through a wire and through the receiver. This process allows the recreation of the original sound.

16. Alexander Graham Bell, along with other partners, formed the Bell Telephone Company in July 1877. Initially, the service was not as popular as they had hoped. There were so few subscribers that Bell tried to sell his patents to another company, the Western Union Telegraph Co. for $100,000. Coincidentally, this is the same company that Elisha Gray worked for.

19. The world’s first telephone line was built between an electrical shop owned by Charles Williams and his home. The distance between the two locations was three miles.

20. Initially, telephones were owned by businesses or private persons who bought the devices in pairs. To connect to another phone, a caller has to work with telegraph contractors who connect the telephone wires between their home/business and another location.

22. The District Telephone Company of New Haven was established on January 28, 1878, becoming the first commercial telephone exchange in the world.

23. Originally, the first switchboard service provided by the New Haven District Telephone Company had only 21 subscribers. They paid $1.50 monthly to use the exchange.

24. On February 21, 1878, the first telephone book was published by George Coy’s company. It listed 50 subscribers (both individuals and businesses) and was made printed as a single-page flyer.

25. The 19th-century telephones required the transmitter to remain in an upright position whether it is in use or on standby. To use, people simply pressed the receiver to an ear and spoke into the transmitter. Because of their size and appearance, these early phones were nicknamed candlestick phones.

26. The first telephone call in the British Empire was made by Hugh Cossart Baker, Jr. He made the call from the Exchange Building on Main Street East and James.

27. Initially, subscribers to the telephone service were listed by name, and no numbers were assigned to them. People had to provide names to telephone operators to connect to them. The first telephone numbers were used in 1879 in Massachusetts.

28. AT&T built a telephone network that interconnected New York and Chicago, allowing for long-distance calls. However, calls had to be made in specially-built telephone booths called silence cabinets and callers had to make appointments to use them.

29. The first direct long-distance calls were made available in Teaneck and Englewood in New Jersey. Subscribers could place calls to major cities in the U.S. using 3-digit area codes and 7-digit telephone numbers. The very first call of this kind was made by then-mayor M. Leslie Denning to Frank Osborne, then-mayor of Alameda, California. The call was made using a 3-digit area code and a 7-digit number. It was connected in 18 seconds.

30. The automatic dialing system was invented by Almon Brown Strowger. Strowger was an undertaker who, like other subscribers, used the services of telephone operators who connected calls to and from his place of business. One of the telephone operators was a competitor’s wife. Strowger believed that she sent calls that were supposed to be for his business to her husband’s instead.

31. The world’s first pay phone was built in 1889 in Hartford, Connecticut. It was invented by William Gray who wanted access to a telephone service that did not require him to pay expensive monthly fees. The phone was installed in a bank and accessible to the public. The payphone was coin-operated. The original unit no longer exists but a plaque remains on its former spot.

32. The first U.S. patent for a mobile phone was issued in 1908 in Kentucky to Nathan B. Stubblefield. The patent was for a radiotelephone.

33. A sister device to the telephone, the fax machine, was actually invented by Alexander Bain in 1843. He called it the Electric Printing Telegraph. AT&T also made its own fax machine that allowed images to be sent through wire transmission by the early 20th century. However, the first modern fax machine was launched by the Xerox Corporation.

34. Early mobile phones were bulky and essentially functioned as walkie-talkies. They relied on radio signals to transmit voices to and fro. People made use of this new technology to connect train cars and later, military tanks. The devices had limited coverage and required plenty of power to run. There was also very limited support from networks and the service cost a lot.

35. The idea for using a network of cells that can support the use and reuse of channels and decrease interference was proposed by W. Rae Young and Douglas Ring in 1947. Technology and structure, however, were still unavailable at the time.

36. AT&T’s Bell Labs created the Mobile Telephone Service that allowed calls to be made from inside vehicles. The service was not as popular as the company had hoped and it still required the intervention of a telephone operator.

37. Although Bell Labs is the reason we enjoy the convenience that cellular networks provide, what they actually wanted was to create a car phone. The actual cellphone – a handheld, portable device that can be carried anywhere – was invented by Marty Cooper of Motorola, then a small company. Cooper tested the portable phone on April 3, 1973. He placed the call to his counterpart who worked at their rival company, Bell Labs.

38. Although the prototype for the handheld phone was made in 1973, it took Motorola about 10 years to develop what would become the world’s first cell phone and make it accessible to the public. The phone was the Motorola DynaTAC 8000x and it carried a price tag of $3,500.

39. Siemens AG, a German company, created the first color display for the cellphone in 1997. The phone model was called the Siemens S10.

41. To call emergency services, Americans merely had to call 911 to access police, fire, and medical personnel. Before that, they had to call a 10-digit number for help.

42. The digits on the emergency number 911 were chosen because they were easy to remember and dial quickly. The numbers were also never used as an area code, office code, or service code. The service became the official emergency number that can be accessed from both landlines and cellphones.

43. Studies show that media multitaskers—that is, for example, those of us who are simultaneously listening to music, playing TypeShift — think more slowly and have worse long-term memory, because they find it harder to filter out irrelevant information.