Vermont is the 49th most populous and the 45th most extensive of the 50 states of the United States. It is in the New England region of the northeastern United States. The state attained statehood on March 4, 1791, becoming the 14th state to join the union. Its three bordering states are Massachusetts, New Hampshire, and New York. Vermont (nicknamed: Green Mountain State) has 14 counties. The state’s capital is Montpelier. The abbreviation for Vermont is VT.

1. Vermont was previously an independent country

Before Vermont became the 14th state, it existed as an independent nation for 14 years. It became independent in 1777 following clashes over land. The development allowed locals to begin printing their currency, enacting laws that banned slavery and established postal service. 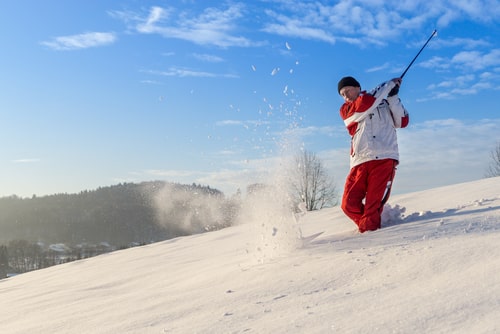 Dummerston is the birthplace of snow golf thanks to the creative talent of Rudyard Kipling who invented the sport at his home. Rudyard Kipling, the legendary author, wrote the Jungle Book.

Vermont on the map

Vermont has the highest ratio of dairy cows in the United States. This concerning the total human population in the state. At some point, it was home to more cows than humans.

Dr. Horatio Nelson Jackson was the first to drive an automobile across the U.S. in 1903.  He was from Burlington. The inspiration for the journey was a bar bet of $50. Someone challenged Jackson that he couldn’t make it to New York City by car in less than 90 days. Jackson accepted the challenge. He along with a 22-year-old bicycle racer and gasoline mechanic set off to achieve the yet-to-be-achieved feat in a used 20 horsepower Winton touring car. Interestingly, Jackson named the car the “Vermont.” The duo completed the journey in less than 64 days and finally won the bet. Though, the cost of the journey was around $8,000. During the trip, they encountered many problems including failing of the parts of the car and flat tires. But they stayed positive battling any misfortune that came their way.

The state is undoubtedly the largest producer of maple syrup in the country. It produces a staggering 35 percent of the total supply on the market. Many locals produce the syrup at home while others pay a prominent role as the big producers. Did you know that it takes 40 gallons of maple sap to make 1 gallon of maple syrup? The sap from the maple trees flows and is collected in buckets. This usually happens during the conducive season in early spring.

Vermont produces more maple syrup than any other state. New York is the second largest producer.

When it comes to lake monster myths, Lake Champlain is said to host a shy but friendly monster known as Champ. The famous myth attracted the attention of the Discovery Channel, which conducted a thorough investigation into the claim.

Vermonters are an innovative lot and it comes as no surprise that Wilson Bentley, a farmer, invented an advanced technique to capture snowflake images. His approach enhanced photographic precision as no two flakes are the same.

A peculiar aspect of Vermont is that its counties and towns have no billboards. In 1968, legislators decided to enact a state-wide ban on the installation of billboards. The authorities implemented this change to preserve the state’s natural beauty. This means road signs do not feature any commercial logos. The ban helped boost tourism. In 1968, Vermont became the second state to ban billboards. Hawaii was the first state to do so in the 1920s. Maine followed in 1980s and Alaska did the same in 1998.

9. Warrant of arrests for Bush and Cheney

Local authorities in two Vermont towns shocked the nation in 2008 when they passed resolutions aimed at the arrest of the then President George W. Bush and his counterpart Dick Cheney. The resolution meant that individuals could effect a citizens’ arrest if the duo ever visited Marlboro or Brattleboro. The town decided because they felt that the two leaders violated the constitution.

The state has a special place in the history of snowboarding. One of the locals, Jake Burton, a former ski racer, designed and manufactured specialized boards after participating in snurfing. In the past, snowboarders used snurfers and referred to the sport by the same name.

11. No skyscrapers in Vermont

The state is home to short buildings that do not qualify as skyscrapers. When compared to buildings in other states, Vermont stands out as a place with no skyscrapers. Its tallest building (Decker Towers) comes with only 11 stories and it stands at 124 feet tall.

12. The largest ever outdoor astronomy lesson

The Fairbanks Museum and Planetarium in St. Johnsbury, Vermont held the largest ever outdoor astronomy lesson on August 10, 2018, according to the Guinness Book of World Records (GBWR). A whopping 1580 people were there! The celebration was held to highlight the fact that Fairbanks Museum and Planetarium is the only public planetarium in the state. Surely, those planetarium goers and others close by are excited about the upcoming solar eclipse on April 8, 2024. At that time, St. Johnsbury is expected to experience the momentary blackout.

13. From Champlain Sea to a lake

Lake Champlain is one of the largest water in the country and it was once a sea. Its status changed when the glaciers of the Ice Age receded. At some point in history, the land rose above the seas, which resulted in the Champlain Sea.

14. The birthplace of two presidents

Vermont is the hometown of Chester A. Arthur, the 21st US President and Calvin Coolidge, the 30th President. Arthur, who served between 1881 and 1885, hailed from Fairfield while Coolidge was born in Plymouth. Both men were vice presidents before ascending to the presidency following the death of the sitting presidents. 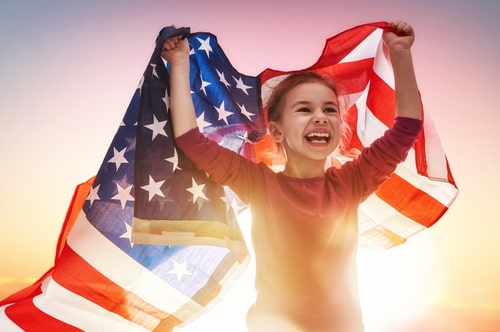 15. The only 4th of July president

16. The largest number of Cadillac cars ever to be in a parade

Everyone loves a parade, right? When it’s a parade of vintage and modern Cadillacs in the hometown of the inventor of the Cadillac, it is really special! On August 17, 2011, a parade of 298 Cadillac cars in Barton, Vermont honored Henry M. Leland, the founder of the Cadillac in 1902; and, the event earned a place in the GBWR for the largest number of Cadillac cars ever to be in a parade. LeLand, known as the “Master of Precision” due to his high standards, has several descendants that still live nearby.

The state is the birthplace of the well-known ice cream brand, Ben & Jerry’s. The company still operates from headquarters in Vermont. Local farmers benefit from Ben & Jerry’s commercial activities as they receive ice cream waste to feed the hops.

The world’s famous ice cream shop Ben and Jerry was started by its founders after taking a modest $5 correspondence course in ice-cream making. With an initial investment of $12,000, the duo started their first ice-cream scoop shop in a renovated gas station in Burlington, Vermont.

18. Re-election while in jail

Local politicians often make headline news for hilarious antics or other conduct. Matthew ‘Mad Matt’ Lyon received the news of his re-election while sitting in jail. The charismatic Vermonter got into crosshairs with the law for making defamatory remarks about the president.

The first postage stamp made in the U.S. was made in Brattleboro in 1846.

Although the state is home to many famous mountains with ordinary names, it also hosts peaks with ominous names. Some of the mountain ranges with strange names include Terrible Mountain, Devils Gap, and Vulture Mountain.

21. Last state to have a Walmart

Vermont became the last to get a Walmart store in 1996. The retail chain has introduced a few more branches since that time.

22. Moonlight song too difficult for Vermonters

In the late 1990s, the song Moonlight was ruled out as an official state song because it was considered too difficult for locals to sing.

The name Vermont is considered to have originated from the fact that the French explorer Samuel de Champlain when he viewed the green mountain uttered the word: vert “green” and mont “mountain.” He was the first European to visit the region.

24. The longest balance board duration

On June 29, 2019, while in Charlotte, Vermont, Cally obtained the distinction of having the longest balance board duration. It was eight hours, two minutes and two seconds. Wow, what stamina! The GBWR notes that she comes from a family of achievers. Her sister, Tatum, was the previous record holder.

25. Ethan Allen and the Vermont connection

The multinational furniture chain, Ethan Allen, was named after a Vermont Revolutionary leader.

In 2013, residents of Vermont were voted the fifth happiest people in the United States.

27. No McDonald’s in Montpelier

Montpelier, Vermont is the only state capital that does not have a McDonald’s.

Montpelier is also the smallest state capital in the U.S. The capital has a population of fewer than 10,000. The capital also has smallest capitol building in America. It is the second smallest city in the state.

Known as the “Beast of the east,” the ski resort in Killington has a 3,050 feet vertical drop. The resort has seven peaks and it is also the highest lift serviced mountain in the state. It is the highest skiing elevation in Vermont (4,241 feet at the summit of Killington Peak.) 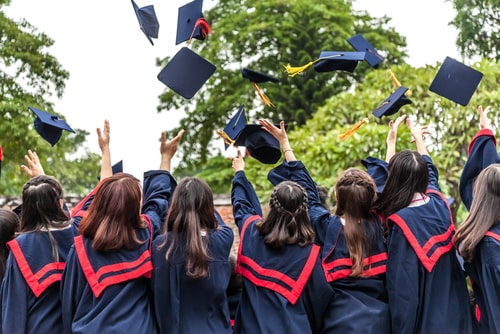 31. The first African American to graduate from college in the United States

Alexander Twilight is the first African American to receive a U.S. college degree.