Utah is the 30th most populous and the 13th most extensive of the 50 states of the United States. It is in the western United States. The state attained statehood on January 4, 1896, becoming the 45th state to join the union. Its six bordering states are Arizona, Colorado, Idaho, Nevada, New Mexico, and Wyoming. Utah (nicknamed: Beehive State, Deseret) has 29 counties. The state’s capital is Salt Lake City. The abbreviation for Utah is UT. With these facts about Utah, let us learn more about its history, geography, economy, people, culture, nature and wildlife etc.

1. Utah gets its name from the Native American tribe, Ute. The tribe has lived here for centuries, much before the first Europeans arrived in America. While traditionally the Ute tribe hunted, fished and gathered food, they also traded with other Native American tribes and with the Spanish. In fact, after they bought horses from the Spanish, the manner in which the tribe functioned changed dramatically. The state now has three tribal reservations.[2]

2. Archaeological evidence supports the fact that the Utah region has been inhabited by Native Americans for about 12,000 years. The archaeological ruins at Range Creek are an archaeologist and historian’s delight. The remains of dugout pit houses date back to over a millennium. It is the geographical location of the settlement that helped preserve the ancient site. Furthermore, the rancher who bought the land kept it a secret for half a century.

Utah on the map

3. In 1846, after the death of their religious leader and prophet, Latter Day Saints or Mormons began their journey from Illinois to Utah. Today, more than 60% of Utah residents are Mormons. This makes Utah, the only American state where most of the population belongs to the same church.[1]

4. Utah’s first Mormon (Latter-Day Saints) settlement was made by Brigham Young when he arrived in Salt Lake Valley with 148 Mormons. On July 24, 1847 when he first saw the Salt Lake valley he said “This is the place.” They came to Utah to escape persecution in Illinois. [14]

5. Utah’s nickname “Beehive State” honors its Mormons settlers. The community people wanted the state to enter the Union with the name Deseret, meaning “honeybee.” However, Congress thought that the name sounded like desert so the state was named after the native Ute people.[19]

6. The state of Utah has an interesting geography. It features three distinct land forms. These include the Rocky Mountains, the Colorado Plateau and the Basin and Ridge Region. It also has some distinguished geographical features such as an enormous salt water lake and salt flats.

7. It is Utah’s unique geographical features that make it of great interest to film and documentary makers. It was found to offer the perfect backdrop to shoot Westerns such as The Lone Ranger and Stagecoach. Other films including the Planet of the Apes and Arabian Nights were shot here.

8. Newspaper rock – the symbols etched in sandstone act as a 2,000 year old newspaper of native cultures.[24]

9. There are over 2,000 naturally formed arches at the Arches National Park in Utah. The arches are in natural sandstone and offer spectacular views of the surrounding areas. Folks who have found undocumented arches have had the honor of naming them.[10]

10. Utah is home to one of the oldest living organisms in the world. Located in the Fishlake National Forest, the trembling giant is a grove of Aspen trees. What makes these trees interesting is that they have a single root system. And this also means that the trees are genetically identical. It is also referred to as Pando. This Latin word means ‘I spread’, and is quite appropriate for the Aspens. The leaves of the trees begin to flutter, even with a slight breeze, and rightly grant the trees their moniker of quaking aspens.[15]

11. The Great Salt Lake is the largest of its kind in the Western world. Though the size of the lake keeps changing, based on the season, it is spread across about 1700 square miles. The water in the lake has nine times more salt than that found in oceans. Great Salt Lake is salty because it does not have an outlet.[17] 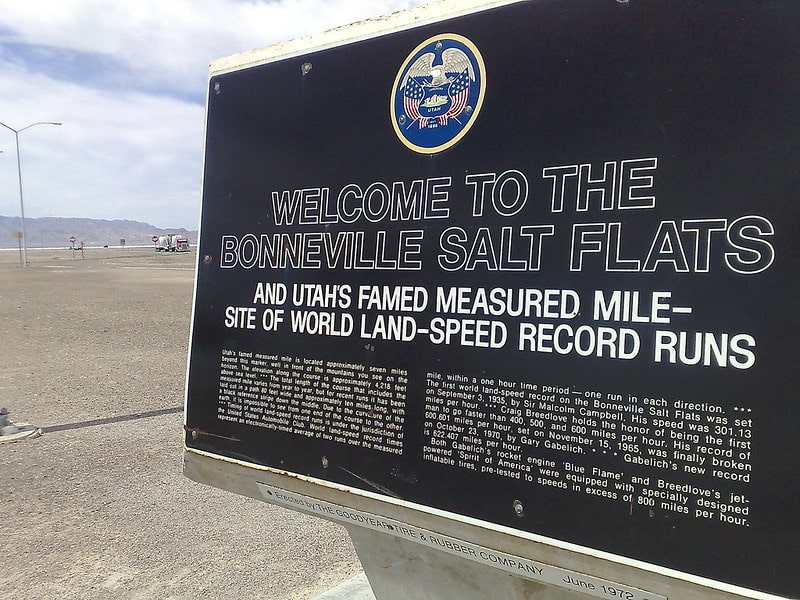 12. The 30,000 acres of the Bonneville Salt Flats offer an incredible sight. The smooth and densely packed salt terrain makes this area of great interest to speed racers. In 1964, when a speed racer lost control of his vehicle, it resulted in skid marks that stretched across six miles.[11,18]

14. The largest raptor to be unearthed in the world was in Utah. The 23 foot long predatory dinosaur was named Utahraptor. It had curved claws that were about 24 centimeters long, and a preserved claw that was recovered had a length of 22 centimeters.[5]

15. Utah is home to the largest independent film festival in the country, the Sundance Film Festival. In fact, it was originally known as the Utah Film Festival.[4]

16. Kraft Foods, the makers of Jell-O, revealed that the residents of Utah consume more Jell-O than any other state in the country. In fact, people here consume twice the national average consumption of the dessert. The lime-flavored product seems to be a crowd-pleaser and is often had with shredded carrot. Furthermore, Utahans love ice creams and candy, and consume more than most Americans do.[7]

17. The Kentucky Fried Chicken was first sold in Utah, and not in Kentucky. Utahans were the first to buy and get a taste of KFC. It was at the Harman Cafe in Salk Lake City that Colonel Sanders experienced his first success with the fried chicken recipe.[16]

18. The nation’s first transcontinental rail road was completed in Utah. The Golden Spike National Memorial Site at Promontory commemorates the event. The project took seven years to complete in 1869, and stretched from Sacramento to Omaha. It was part of the Pacific Railroad, also known as the Overland Route.[12]

20. The Bingham Canyon Mine is considered to be the biggest man-made pit in the world. For over a century, miners have been at work here. Every day the pit gets bigger as the mining company continues to take out about 250,000 tons of rock from it. The enormous crater created by mining activity is visible from space. The mine is restricted to visitors due to safety issues.[13]

21. Utah is the only state whose capital is three words long. Salt Lake City was originally named Great Salt Lake City. Great was dropped from the name in 1868.

22. Utah is one of the Four Corners states. It meets up with Colorado, Arizona, and New Mexico at a single point.

23. Rainbow Bridge (290 feet/88 meters tall and 270 feet/83 meters across), by Lake Powell, is the world’s largest natural bridge. It is considered sacred by Navajo culture.[20]

24. In 1896, Martha Hughes Cannon was elected the first woman senator. Interestingly, one of her opponents was her husband. She received 10,288 votes while her husband only received 8,054 votes.[21,22]

25. The state of Utah lies on the Western side of the United States of America, and in the Rocky Mountain Region. Its unique location has blessed the state with magnificent mountains and canyons. Kings Peak (13,534 feet (4,125 m)), in the Uinta Mountains is Utah’s highest peak. The state has five national parks. It is interesting to note that every Utah County has some portion of national forest land.[3]

26. Salt Lake City hosted the opening ceremony for the Winter Olympics, 2002. Americans won a total of 34 medals in the event. Utah became the fifth state in the United States to host the Olympic Games.[25,26]

28. Utah is a leader in the defense system and aerospace technology because of its vast expanses of desert.[29]

29. The Golden Spike represents the spot at Promontory Summit where the East and West Coast railroads were finally joined.[30]

30. The desert bighorn sheep is uniquely adapted to surviving in hot and dry climate.[6]

31. Only two states completely outlaw all forms of gambling, Hawaii, and Utah. 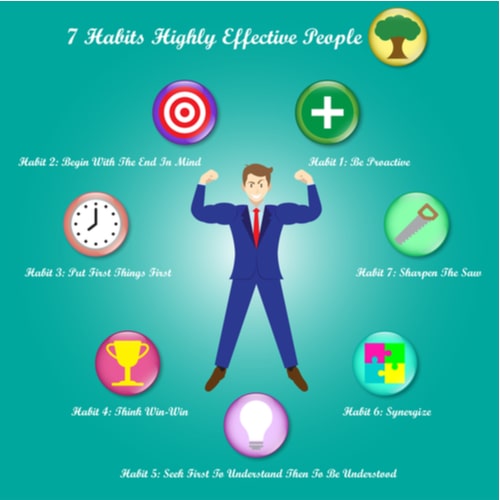 32. If you are an avid reader, note that the famous book “The 7 Habits of Highly Effective People,” was written by Utah businessman Stephan R. Covey. The book’s principal message is that there is an abundance of success for everyone.

33. Apple Beer, the famous American variant of the German drink fassbrause, is produced by The Apple Beer Corporation based in Salt Lake, Utah.

34. Utah is the only state with an official State Cooking Pot: Dutch oven.

35. Skullcandy, the popular maker of headphones, earphones and other hands free devices is based in Park City, Utah.

. . . continue reading on the next page.