Washington is the 13th most populous and the 18th most extensive of the 50 states of the United States. It is in the Pacific Northwest region of the United States. The state attained statehood on November 11, 1889, becoming the 42nd State to join the union. Its two bordering states are Idaho and Oregon. See the complete list of the 50 states and their borders here. Washington (nicknamed: Evergreen State, State of Love and Trust) has 39 counties. The state’s capital is Olympia. The abbreviation for Washington is WA.

1. Natural calamity can strike anywhere, and there have been places where natural disasters are one too many. Luckily, Washington is one of those places that never had any major natural disasters. However, other locations may also be safe when it comes to natural disasters. What is so fascinating about Washington? Well, you may find it hard to believe, but ten volcanoes surround Washington. Luckily for the residents, none of these have ever erupted and will stay calm according to forecasts. However, the state is prone to disaster from flooding.

2. Washington is one of those rare places where people love to have a drink. But interestingly, no other location in the US can match the beer-drinking vigor of people in this state. It is also a mass producer of the nation’s hop.

3. It may come as a surprise while moving inside Washington; there is a place where you have to cross another country to get an entry into a particular site. Point Roberts is a part of the state that lies at Tsawwassen Penninsula, which is in the south of Vancouver.

4. Washington is home to some of the big corporations that have set a world record in building enterprises. You’ll find some of the biggest names in business, that came triumph from the state. The successful ventures include names like Starbucks, Costco, Microsoft, and Amazon.

5. According to the American Lung Association, Washington has the cleanest as well as some of the most polluted air.

6. In terms of the most massive concrete structure, no other constructions in North America come close to the Grand Coulee Dam in Washington. If you ever get the chance to visit the Dam, you will see how magnificent and gigantic the whole structure is.

7. The place sure has its fair share of UFO sightings; according to statistics, Washington is one place in the world where people report the most UFO sightings.

8. The region is a paradise for wine-lovers. People who like fine liquor will find it gratifying that Washington is a mass producer of world-class wine. It’s the second-largest wine-producing state in the US.

9. A fascinating name you will come across here in Washington is Hells Canyon. At a depth of approximately 8,000 feet, Hells Canyon is the most penetrating gorge in North America. Hells Canyon plunges more than 7,900 feet at its highest point – nearly 2,000 feet deeper than the Grand Canyon.

10. An apple a day keeps the doctor away, and here in Washington, you will find the region as the biggest producer of apples in the US. Other than apples, the state is the number one when it comes to the production of sweet cherries, pears, and red raspberries as well.

Washington on the map

11. For musicians, this may also come as a surprise that Bass guitar concept and manufacturing came initially from Washington in the early 1930s. Paul Tutmarc of Seattle, Washington, developed the first electric bass guitar in its modern form.

12. Bill gates from Seattle and his classmate Paul Allen founded Microsoft in 1975. The company has its home in Redmond today.

13. William Boeing started a plane company in 1916 in Seattle. It became the world’s largest airplane manufacturer. Boeing’s biggest rival is Airbus, based in France.

14. Many people may not know this, but Washington happens to be the only state in the US that took its name from its past President. The locals pride themselves on the name itself. Yes, it also happens to be the first President of the United States, George Washington. He served as the president of the country between 1789 and 1797. He has also been called the “Father of America.” The state also has a city named George.[1]

15. Tacoma has the world’s largest totem pole. It is 105 feet high and was carved from a single cedar by Indian sculptor brought from Alaska.[21]

16. Mount Rainier is the highest and third most voluminous volcano of the Cascade Range. The mountain is 14,410 feet high and can be seen from 100 miles away. It is an active volcano and it last erupted over 100 years ago.[2,3]

17. The state’s more than 50% land is covered in forests. And there is no surprise why it is nicknamed: the Evergreen State.[4]

18. Jeff Bezos the founding father of Amazon, an internet retailer, started his business from Seattle when he started selling books online. The popularity of his website and services soon picked up and he started adding other products. Today he is one of the top three billionaires in the world and there is no sign of his company’s growth abating.[5]

19. Washington also has some of the wettest and driest places in the nation.[6]

21. Mount St. Helens is an active volcano which is also a National Volcanic Monument. It erupted in 1980 and flattened acres of forest with ash and volcanic debris. At the time, it was the deadliest and costliest volcanic eruption in U.S. history.[7]

22. The Olympic peninsula is home to the only temperate rain forest in the lower 48 states – the Hoh Rainforest. The rainforest is fascinating and an excellent allure for locals and visitors alike.

23. Ever think about ice age? Well, you will feel right at home if ice is what you seek in Washington. Washington has more glaciers than any other state except Alaska. Mount Rainier has approximately 26 glaciers.[8]

24. Cape Disappointment is one of the foggiest places in the U.S.[9]

25. The Yakama Indians are original people of the Northwest. They live in Washington State. Yakama Indians from the region, in the past, carried their babies on their backs using a cradleboard. This custom has now been adopted by many American parents.[10]

26. The Daffodil festival held every spring in Pierce County involves four parades in four cities (Tacoma, Puyallup, Sumner, and Orting) in one day![11]

27. The coffee chain was originally going to be called either Cargo House or Pequod. The coffee chain Starbucks was named after the Pequod’s first mate in the novel Moby Dick. The first Starbucks opened in Seattle on March 30, 1971. Today, there are more than 30,000 retail stores in 80 markets.[12]

29. The state grows more red raspberries and cherries than any other state in the nation.[14] 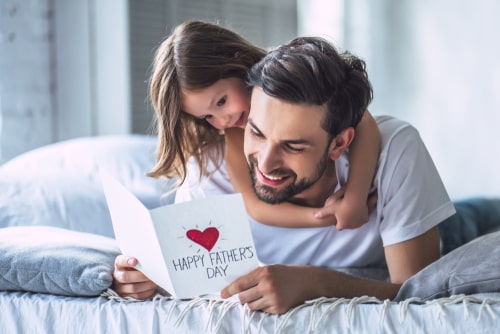