Most people are familiar with Orville and Wilbur Wright as the brothers who were the first to fly a motorized plane and that they are honored at the Wright Patterson Air Force Base Museum. There are also plenty of stories about their adventures and lifestyles. The Wright Brothers were adventurous, creative in their ideas, amateur engineers in the development of planes and bicycle parts, and were loyal to each other throughout their lives.

The brothers grew up well, with caring, nurturing, and supportive parents. They were successful in all their endeavors, including those that had nothing to do with flying. They strove to always improve upon their planes, by refining and adding controls to make their aircrafts more reliable and maneuverable.”

Interesting facts about the Wright Brothers

1. The brothers’ family moved to Dayton, Ohio when they were young, moved to Iowa, then moved back to Dayton when they were teens. The moves were always done for their father’s work as a minister and church leader.

2. Wilbur and Orville are the sons of Susan and Milton Wright. Both parents were supportive of their ideas and encouraged them to pursue them. Their parents had 5 other children.

3. The brothers’ father was an ordained minister and moved to Dayton, Ohio to take on the job of the church newspaper editor. Their father later moved the family to pursue other church related positions where he could be a leader.

4. The brothers had a brother and sister (Otis and Ida) born as twins, who died in infancy in 1870. They had two older brothers and a younger sister named Katherine. 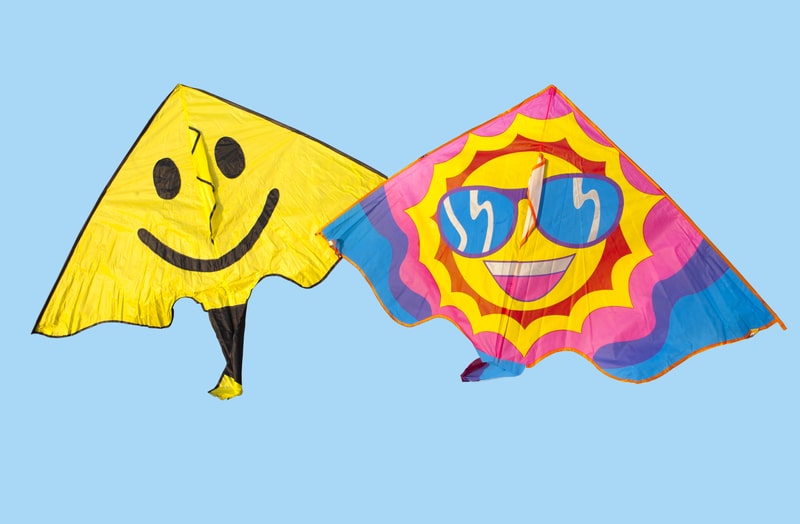 5. As young boys they earned money by making and selling kites and mechanical toys.

6. The brothers started a newspaper printing business then opened a bicycle sales and repair shop called the Wright Cycle Exchange at 1005 West Third Street in Dayton, OH in 1892. Both businesses were successful and helped the brothers maintain good standing in their community. They eventually sold a paper called the “West Side News.”

7. The brothers developed bicycle brakes that are used today on modern bicycles. They also developed wheel hubs that could be greased. This makes cycling easier and allows for easier maintenance of bicycles.

8. Wilbur and Orville were given a model of a flying machine (a helicopter) as children that was made of paper, bamboo, and was powered by a twisted rubber band. The boys shared the toy and became fascinated with flying at that time. It was designed by French aeronautical experimenter Alphonse Pénaud.

10. In December 1892 they opened their first bicycle sales and repair shop. The prices of the bicycles they sold ranged from $40 to $100.

11. In 1871, Otto Lilienthal, a German engineer, used bird flight as the basis of his research. Based on his two decades long imaginative experimentation and research, he produced comprehensive aerodynamic data up to that time. He constructed and tested a series of gliders, making nearly 2,000 flights in 16 different glider designs. Unfortunately, On August 9, 1896, one of his gliders stalled and crashed while he was onboard, and he eventually died the next day. According to the Wright Brothers, this event fuelled their interest in flight research to a large extent.

12. In 1896, the newspapers were filled with accounts of flying machines. The brothers noticed that the aircrafts lacked suitable flying controls. The brothers did not build an aircraft from scratch, but improved the existing designs so that the airplane could be controlled in air just like a bicycle on road.

13. The brothers became interested in controlled flight when they learned of several glider accidents. They were determined to make a flying machine that could be controlled by man. Sir George Cayle was the designer of the first successful glider to carry a human being aloft.

14. Between 1892 and early 1907, they worked actively in bicycle manufacturing and repair business and they were able to make handsome profit as well. The money they made from their business eventually was used to support their aviation experiments, including the powered flights of 1903, 1904 and 1905. They purchased wood, aluminum, engine parts, and much more with their proceeds.

15. Wilbur and Orville were born 4 years apart. Orville was born in 1871. They were close and worked well together. August 19th, Orville Wright’s birthday, is also National Aviation Day.

16. Wilbur finished four years of high school but did not get his diploma because the family moved to Dayton, Ohio. However, diploma was awarded posthumously to Wilbur on April 19, 1994.

17. Orville dropped out of high school when he and his brother started the newspaper printing business. He never returned.

18. It is interesting to note that the Wright brothers developed a keen interest in flying and airplane manufacturing, and ended up converting their famous bicycle shop to a machine shop. It was here at this shop (at 1127 West Third Street) that the employees of the Wright Company built parts for the airplane engines and drive terrains. And thus, the first U.S. airplane manufacturing business was established.

19. Astronaut Neil Armstrong took a piece of fabric and a propeller from their famous plane to the moon with him on the space shuttle in 1969 and highly respected the brothers for their achievement.

20. The Wright brothers did most of their own fabricating in their bicycle shop. It looked more like a workshop than a place to purchase bicycles, as they were always trying to improve upon their latest creations.

21. Their flying machine was made of spruce with an engine cast in aluminum. It was the first plane to fly with a person in it. Others had flown previously but without a pilot.

22. The flyer cost $1,000 in materials, but required thousands of hours to build. There has been no monetary value placed on their efforts. The brothers did hire additional help later on.

23. In 1903 the first powered flyer took off with anhedral (drooping) wings. The wings were inherently unstable but were less susceptible to upset by gusty crosswinds.

27. Wilbur was the pilot on the fourth and the last flight of the day. Orville was 32 and Wilbur was 36 when the first flight occurred.

28. After completing the four flights on December 17, the Wright Flyer got turned by the winds and it never flew again. Since 1948 it is residing in the Smithsonian museum.

Specifications and quick facts about the Wright Flyer

29. In 1904 they created the Wright Flyer II. During the year, they made a total of 105 flights with it, and on the 20th of September that year, Wilbur was even able to accomplish making full circles with it.

30. In 1905 they built the Wright flyer III which had independent control for pitch, yaw and roll. Orville Wright made the first flight with it on June 23, 1905.

31. The brothers only flew together one time. After the first flight, they flew solo or took others with them. It is interesting to note that, that the Wright brothers flipped a coin to decide who would fly first.

33. After their first and only flight together, Orville took their 82 year old father Milton on a flight that reached about 350 feet high.

34. Wilbur and Orville’s mother Susan died of tuberculosis and Wilbur had attended to her care for several months prior to her death, while he was recovering from a hockey injury. She is buried in the Wright family plot at Woodland Cemetery.

35. Wilbur was injured in a hockey game and spent 3 years recovering. He spent his time reading in his father’s library and helping the church Bishop with legal matters. He eventually recovered fully.

36. The brothers experimented with wing shapes and designs by practicing on kites and learning how to make them maneuver the way they wanted them to early in their careers. Later, they experimented using other methods to figure out wing movement.

38. Did you know that the world’s first airplane passenger was mechanic Charles Furnas and he was carried aloft by Wilbur Wright on May 14, 1908?

39. The wright Brothers opened their first flying school on an old cotton plantation on the outskirts of Montgomery, Montgomery County. However, due to mechanical and weather related issues, the flight school did not survive for long. During World War I, the location was used for aircraft repair. During the later years, the location evolved into what is now Maxwell Air Force Base.

40. Walter Brookins, who trained at this flight school, flew alone for about 12 minutes and became the first and only graduate of the Wright brothers Montgomery flight training school.

41. In 1909 the brothers established a flight school in Dayton, Ohio that became successful. It drew experienced and well known aviators, as well as those less experienced. Ohio has the slogan “Birthplace Of Aviation” on their license plate.

42. Instructed by Orville and his assistance, between 1910 and 1916, the Wright Brother Flying School at Huffman Prairie trained more than 100 pilots.

43. One of the students of the Wright School of flight in Dayton shot down the Red Baron, Germany’s flying ace, in WWI.

44. Wilbur was exhausted and overworked when he died of typhoid in 1912. Orville maintained the business for another 3 years then sold it to a group of investors. He no longer had interest with his brother gone.

45. Orville received several honorary degrees from Universities in the U.S. and around the world, though he never attended college.

46. Orville owned a vacation home on Georgian Bay in Ontario, Canada. He spent plenty of time there as he got older. After the untimely demise of his elder brother, Orville, was left directionless and alone. He was depressed and had nothing to motivate him. It was here in his summer home in Ontario that he finally was able to recover from the sad loss of his beloved brother.

48. Orville sent the original plane to the Science Museum of London in 1928.

49. The Smithsonian apologized to Orville in 1942 and the plane was then moved to the museum in Washington DC.

50. Orville hated public speaking and would rather spend time with his family in one of his homes in Ontario or in the Dayton, Ohio area.

52. The top 10 countries with the highest number of fatal civil airliner accidents from 1945 to 2021 are the United States, Russia, Canada, Brazil, Colombia, UK, Indonesia, France, Mexico, and India.